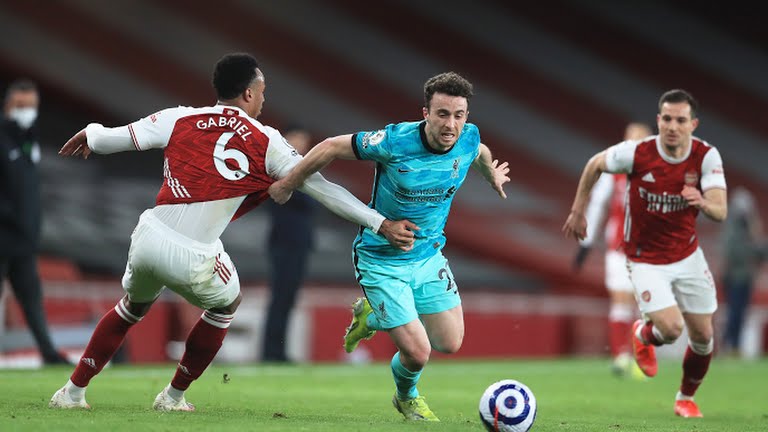 Diogo Jota got on the score sheet twice as Liverpool mauled Arsenal 3-0 on Saturday night.

The Portuguese, who recently returned from a lengthy injury, has been influential for the Reds, having netted Liverpool’s winning goal against his former side Wolves in the last match.

Mike Arteta’s men held the visitors for over an hour in the game but it took a goal from the visitors to open the Gunners defense.

Jota gave Jurgen Klopp’s men the lead in the 64th minute this begin the route for the visitors.

Mohammed Salah made it 2-0 four minutes after in the 68th minute as the Reds took control of the game.

Jota netted the third, his second of the night, to give Liverpool an emphatic 3-0 win as they got their Champions League spot quest back on track.

Liverpool are now 2 points behind fourth-placed Chelsea who lost 5-2 to West Brom earlier.

The win is Liverpool’s third in 21 visits to the Emirates in the Premier League.

We completely deserved to lose the game, Arteta says after Liverpool defeat