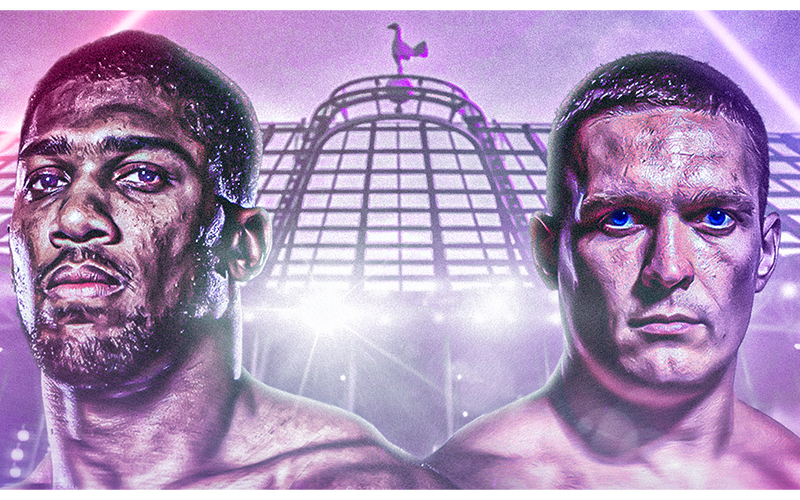 Unified Heavyweight Champion of the World, Anthony Joshua’s fight with Oleksandr Usyk has been confirmed to hold on September 25 at the Tottenham Hotspur Stadium.

WuzupNigeria gathered that the British-Nigerian pugilist’s IBF, WBA, WBO and IBO World Titles would be on the line against the Ukrainian pound-for-pound boxer.

Sky Sports reports that Joshua last retained his title in December 2020 when he brutally knocked out Kubrat Pulev at The SSE Arena, Wembley in what was his first fight on UK soil after stopping Alexander Povetkin in seven explosive rounds at Wembley Stadium back in September 2018.

“The date is set and we are fully locked in,” said Joshua. “September 25, Tottenham Hotspur Stadium, I put it all on the line again and it’s time to defend my crown. We are two Olympic gold medallists who have fought our way to the top and never avoided challenges.

“The stadium is exceptional, the atmosphere will be electric, I’m honoured to be the first person to fight in such an awe-inspiring venue. The stage is set and I am ready to handle business.”

On the other hand, Usyk who began his assault on the heavyweight division by retiring Chazz Witherspoon in seven and continued his bid to become a two-weight world champion defeated Derek Chisora last October.

Usyk said: “The path will be mastered by the walking one.”

Recall that Joshua was originally billed to fight Tyson Fury in a rare unification of all four recognized world titles but the bout was scuppered by Deontay Wilder who secured a trilogy fight with Fury through an arbitrator’s ruling.

A two-fight deal between WBA, IBF and WBO champ Joshua and Fury, who owns the WBC title, was agreed earlier this year as promoter, Eddie Hearn, confirmed the fight would take place in Saudi Arabia on 14 August with an exact fight venue in the final stages of being decided.

The world would have to wait for the outcome of the fight between Fury and Wilder which has been postponed after the former and his team members tested positive for COVID-19.