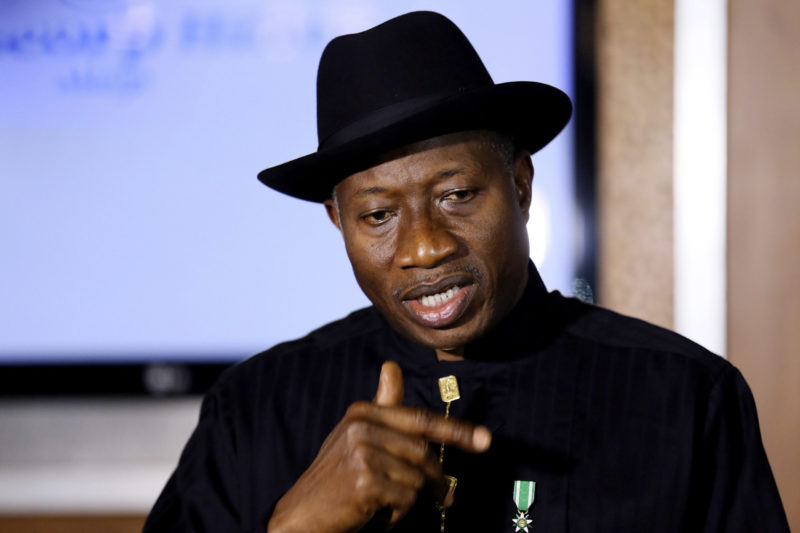 Former President of Nigeria, Goodluck Ebele Jonathan has called for a ceasefire between the Israeli and Palestinian forces.

Jonathan’s comments come amidst the ongoing tensions in the middle-east countries which had led to the exchange of missiles and loss of lives, including women and children.

At least 42 Palestinians, including 10 children died on Sunday when an Israeli air strike in Gaza destroyed several homes, health officials said, as militants fired rockets at Israel with no end in sight to seven days of fighting.

According to Reuters, the Israeli military said that Hamas, an Islamist group regarded by Israel, United States and European Union, as a terrorist movement and other armed factions have fired more than 2,800 rockets from Gaza over the past week.

However, in a statement released on his verified Twitter handle on Monday morning, Jonathan has sued for peace in both Israel and Palestine.

He noted that the conflict can only be resolved by those living within the borders of Israel and Palestine, which would involve a process of dialogue, and understanding until they come to a place where they can co-exist and eventually cooperate.

Jonathan however urged the international bodies to channel their support towards deescalating the conflict, rather than escalating it.

His statement read: “I have been to both Israel and Palestine, and as a result, I have some understanding and appreciation of the human angles on both divides.

“Borders are often human constructs, but the Divine instruction we have is to love our neighbour as ourselves.

“The present conflict in that part of the world can never be resolved by nations and institutions taking sides. It can only be resolved by those living within the borders of Israel and Palestine taking time to understand each other until they come to a place where they can coexist, co-prosper and eventually cooperate.

“For that to happen, what is needed, in the immediate term, is a ceasefire, followed by massive confidence building on both sides.

“That is what the international community should aim for. Peace. It is achievable.

“I sue for peace in both Israel and Palestine, and urge that every international support should be towards deescalating the conflict, rather than escalating it.”

3,150 rockets fired from Gaza in one week, Israeli Army alleges