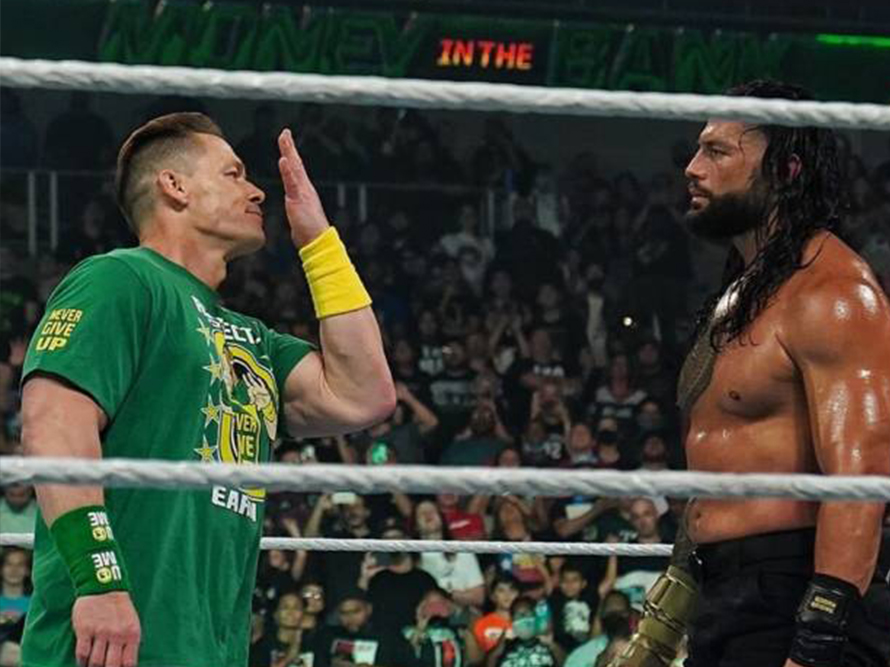 Hollywood hotshot, John Cena, has finally made an epic comeback to the World Wrestling Entertainment (WWE) on Sunday night during the Money in the Bank pay-per-view.

UK Sun reports that the ‘Fast 9’ actor is set to headline SummerSlam against Roman Reigns after confronting the Universal Champion.

Cena who followed in the footsteps of fellow ring legends, Dwayne ‘The Rock’ Johnson and Dave ‘Batista’ Bautista, into Hollywood last wrestled in WrestleMania 36 in April 2020.

The 44-year-old lost a Firefly Fun House Match to ‘The Fiend’ Bray Wyatt at the height of the coronavirus pandemic.

The 16-time world champion had been strongly rumoured to be making a comeback to challenge Reigns, who had just retained his title against Edge, in August.

During a recent appearance on The Tonight Show With Jimmy Fallon, Cena did confirm he would be heading back to WWE.

He said: “Those rumours are true.

“I will definitely be back to the WWE, I just don’t know when.”