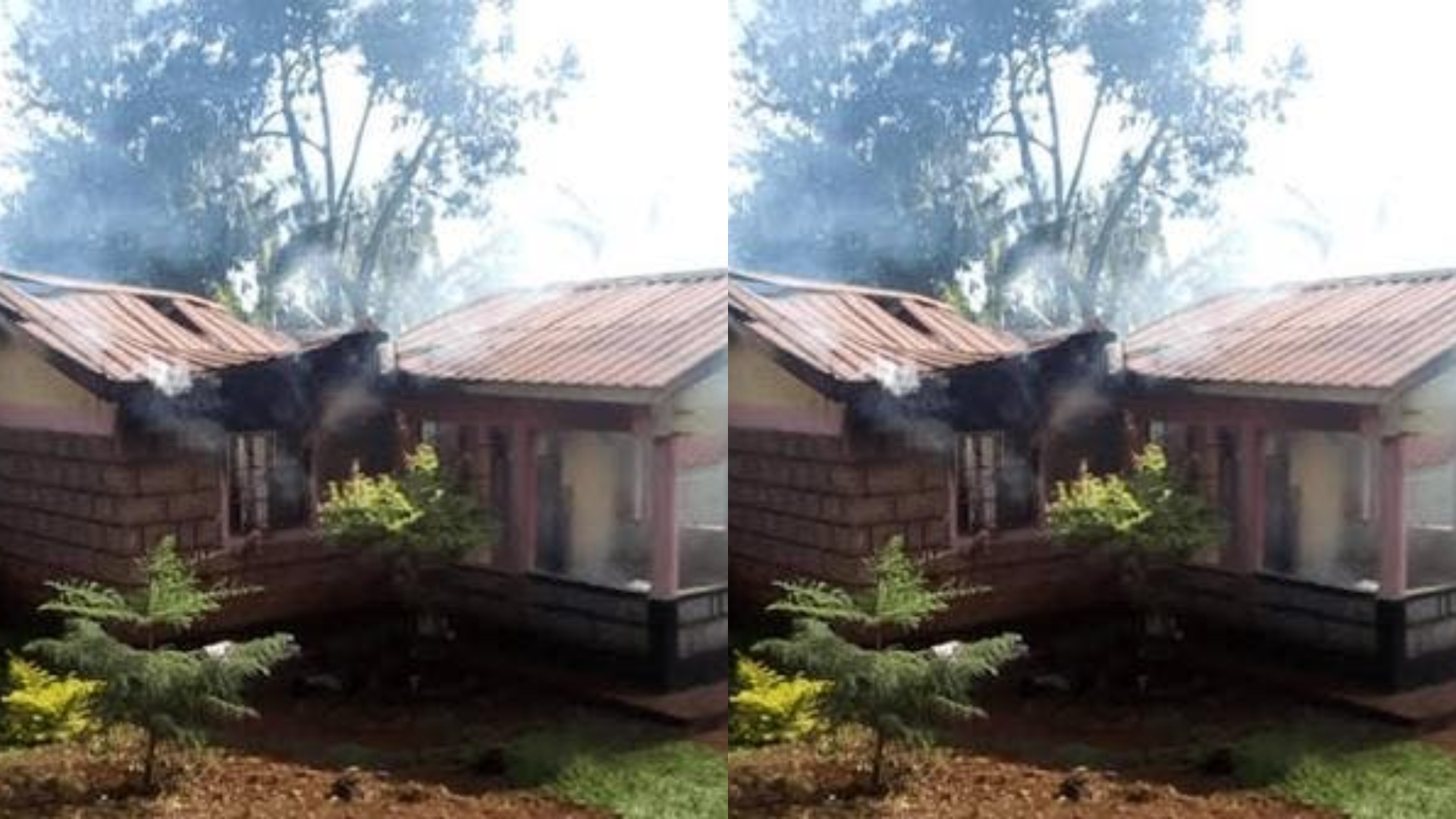 A middle-aged Kenyan woman from Baraton Location in Kiminini, Trans Nzoia County has done the unthinkable as she set her husband’s house ablaze.

The woman identified as Edina Ng’eno, set her matrimonial house on fire after her husband allegedly married a second wife.

The incident happened at 9:30 am when her husband, Elijah Nandwa Lomeni, was at work and their children at school.

According to reports, Edina had been putting up at a friend’s place after falling out with her spouse over his interest in marrying a second wife.

On Wednesday night, Edina spent the night at the friend’s house.

The whereabouts of the spurned wife remains unclear, police say.

In other news, a Magistrates Court in Lagos State has ordered that a DNA paternity test be conducted on the daughter of Ronke Odusanya, a Yoruba movie star.

The estranged lovers welcomed their daughter in 2019.

The curvy actress and the father of her child, Olanrewaju Saheed, popularly known as Jago, are currently in court for several reasons including the welfare of their daughter, Oluwafifehanmi.

When the matter came up in court on Wednesday, Saheed, through his lawyer, requested the court to order a DNA test to ascertain the paternity of the child, on the grounds of suspicion of infidelity.

‘After four children, my husband of 31 years still beats me till I bleed’