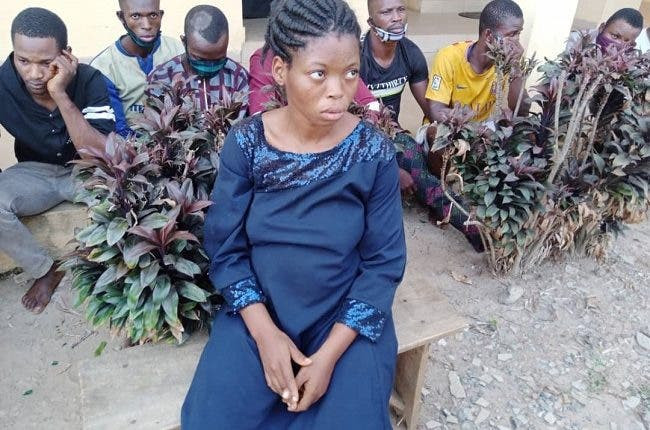 The incident occurred in the Ede area of the state on December 26.

Mariam was paraded alongside other crime suspects at the command headquarters in Osogbo by the State Commissioner of Police, CP Wale Olokode on Tuesday, January 5.

Speaking with journalist, the suspect said she poisoned the child with pesticide (Rocket) because her husband was showing more love and favour to the second wife as she had a male child while she (as the first wife) is yet to bear a son.

It was gathered that the child was rushed to Muslim Hospital, Ede, where he died while receiving treatment on December 31.

Exhibits recovered from the suspect include pesticide bottle with liquid content and empty rubber bottle.