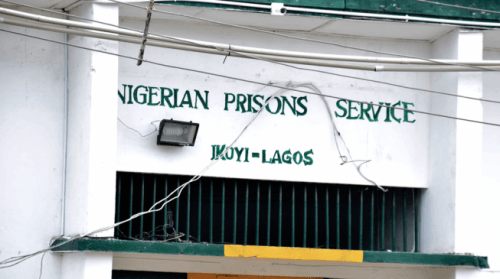 A former assistant director with the Department of State Services, Dennis Amachree, says Lagos Prisons were spared of the ongoing mayhem in the South East because the State government and security agencies acted on the intelligence provided by the secret police.

Speaking on Channels Television’s Sunrise Daily programme on Thursday, Amachree stated that the Lagos Police Command took ‘proactive steps’ to secure its headquarters and prisons in the state after receiving the intelligence.

According to him, the same intelligence supplied to Lagos was also extended to Imo State before the attacks.

He, however, expressed disappointment that both the governor, who is the chief security of the state and Imo Police Command failed to act on the intelligence.

WuzupNigeria had reported on Monday how gunmen attacked the Owerri Correctional Centre and freed over 1,800 inmates.

Commenting on the Owerri attack, the ex-DSS director said, “There was enough intelligence, enough actionable intelligence.

“So, three times, the Nigeria Police Force was informed by the DSS that this is going to happen because some suspects that are being geolocated around the area were found surveilling the prisons and the police headquarters but you know in our lackadaisical way, when the intelligence came, they threw it by the side and when something happens, everybody runs around,” he said.

Amachree, however, said the same intelligence was also sent to Lagos which acted on it.

He, therefore, urged other states to emulate Lagos and be proactive in securing the lives and properties of residents.

“Lagos, the same intelligence has been coming around and of course, they are proactive. If it is happening in the North-East and other areas, it could happen in Lagos.

“Lagos has taken proactive steps especially when it comes to securing correctional facilities in the state and I think that is what other states should follow now because they can sit back and wait and allow this happen to them,” he said.

JUSUN vows not to end strike until demands are met