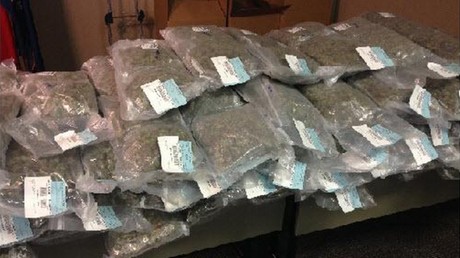 The police in Kebbi have arrested a 35-year-old motorcyclist allegedly in possession of a large quantity of Indian hemp and 25,000 Diazepam tablets.

The arrest was made on Tuesday in Ka’oje Town, according to a statement issued by the state Police Public Relations Officer (PPRO), DSP Nafi’u Abubakar, in Birnin Kebbi on Friday.

Abubakar said that a team of policemen attached to Divisional Police Headquarters, Ka’oje, made the arrest while on patrol in Darannan Village.

He said that the suspect was carrying the banned substances in a black traveling bag on his motorcycle.

“When searched, 25 pieces of laptop-sized dried leaves suspected to be Indian hemp and 20 packages containing 1,000 Diazepam tablets BP 5mg (D5 Drugs) each were found in his possession,” he said.

The spokesperson said that during an investigation, the suspect confessed to have bought the substances from the Benin Republic.

Abubakar said that the suspect admitted being in the illicit business for about 13 years.

According to the PPRO, the suspect was once arrested and sentenced to 10  years imprisonment in Sokoto State.

“In view of this development, the Commissioner of Police, Kebbi State Command, CP Adeleke Adeyinka Bode, has directed transfer of the case to National Drug Law Enforcement Agency for scientific analysis of the substances and prosecution of the suspect.

“In the same vein, the CP calls on parents/guardians to be watchful of their children/wards and ensure they find out who they relate with to avoid involvement in such a dangerous business,” he said.