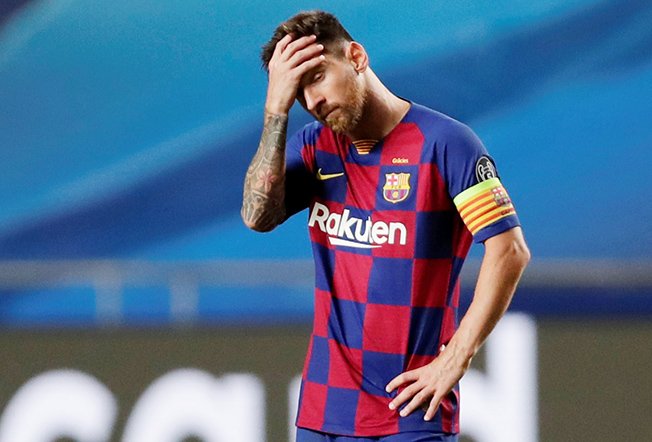 He said this as he arrived in the city to negotiate his son’s future on Wednesday.

After flying in on a private jet, Jorge Messi is expected to meet club president Josep Maria Bartomeu later on Wednesday to discuss his son’s future, Spanish media reported.

Messi, six-times world player of the year insists he has a clause in his contract that allows him to leave on a free transfer – a claim disputed by Barcelona and La Liga.

They said the Argentine can only leave if a rival club is willing to pay a 700 million euro ($830.20 million) buyout clause.

“I don’t know, I know nothing,” Messi’s father told Spanish TV channel Cuatro when asked if the 33-year-old would leave the only club he has played for professionally.

But when pressed if it would be hard for him to remain, he said “yes”. And asked how he sees Messi’s future at Barcelona, he replied “difficult, difficult.”

He dodged questions on whether Manchester City would be a good option for his son.

A move to Manchester City would allow Messi to link up with his former Barcelona coach Pep Guardiola.

“I don’t know, there’s nothing yet,” he said, adding he had not had any discussions with Guardiola, who enjoyed trophy-laden years as Barcelona manager with Messi in his pomp.

Messi did not show up on Monday for the first training session of the season under new coach Ronald Koeman.

Promotion of gas utilisation will save Nigeria forex -NGEP chairman