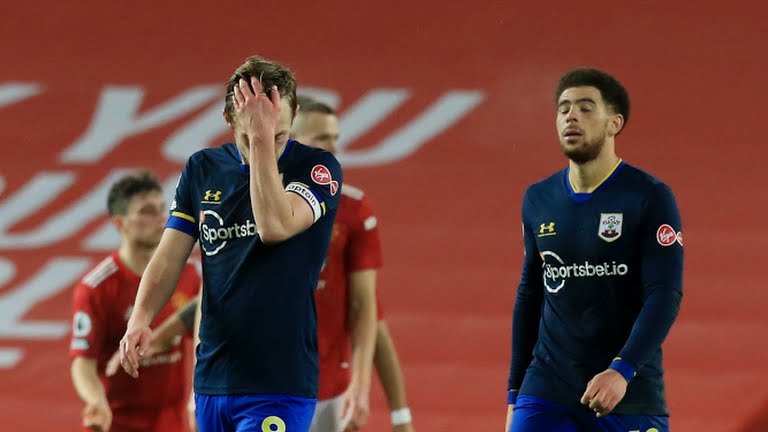 Southampton manager, Ralph Hasenhuttl, has admitted that the 9-0 thumping against Manchester United on Tuesday night “hurts”.

An early red-card for youngster Alex Jankewitz(79 seconds) broke the camel’s back for Soton as they eventually suffered a record-equalling Premier League defeat yet again, after losing by the same margin to Leicester CIty in 2019.

He said after the game: “We lost in a horrible way, and 90 minutes can be long in the Premier League. We couldn’t help them from outside. In the end, it’s a little bit of a different situation [to the 9-0 defeat by Leicester] because we are in a position in the table where we haven’t been for a long time.

“You don’t need this result to know what we need to do better. It’s not that it hurts less [than the last 9-0], the opposite, it hurts even more when you get this result again, but the team is a different one now.

“The team is a different one now, that’s the reason we’ve played a good season so far. Let’s see how the season ends, it will end better than the last I think.

“It hurts, but I can’t change it any more. It happened. The only way for us to go on is to show that we are a better team that we showed today.

“It was unacceptable. The last five goals were too easy. I don’t have energy to discuss any tactical parts of the game because it doesn’t make sense. But the situation is a different one to the last one, because the season is a different one.” [Sky Sports]

2021 CHAN: It’s hosts Cameroon vs holders Morocco, Mali vs Guinea for places in the final