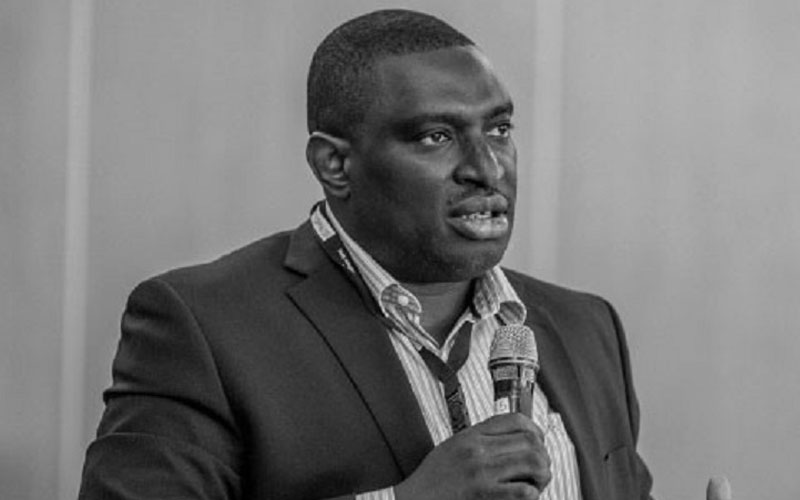 Asemota in his narration via his Twitter handle on Friday revealed he and Davido met at the Kotoka International Airport in Accra, Ghana.

He disclosed that they almost fought as the singer stepped on his foot while he in return dragged him physically.

MORE READING!  Why I have not had sex in seven years - Veteran highlife musician, Paa Solo

Victor Asemota wrote, “First time I met Davido, we almost fought. I am not joking. It was at Kotoka airport and we were trying to get our bags. He stepped on my foot. I didn’t know who he was and didn’t care. I dragged him physically and he was pissed. Later, I found out he was there for his kid.” 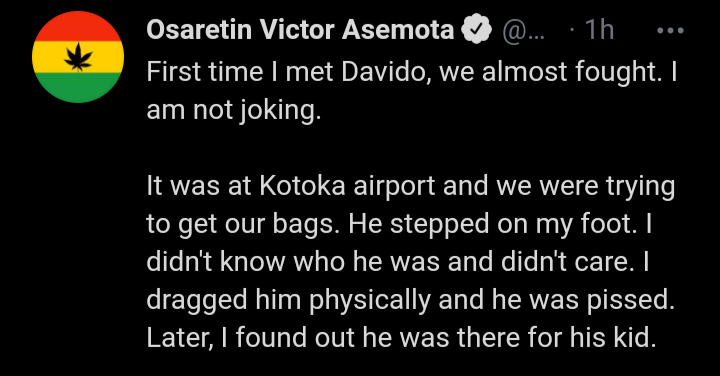 Related Topics:DavidoGhanaTwitterVictor Asemota
Up Next

VIDEO: I have sold my shame, nothing hurts me, says Toke Makinwa