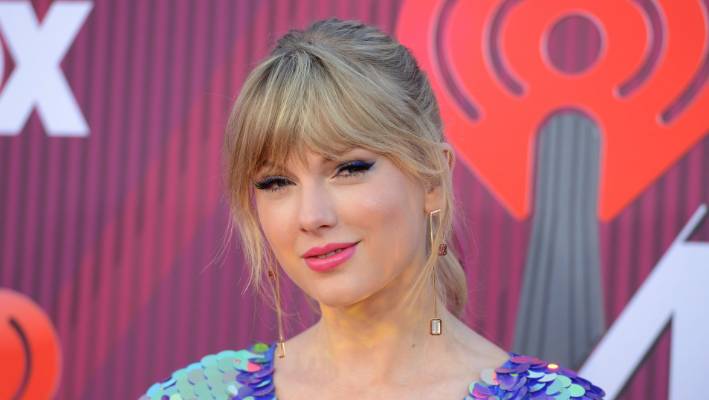 US music star, Taylor Swift has opened up about her boyfriend, Joe Alwyn,  stating that it can be scary falling in love due to their celebrity status.

In an interview with Paul McCartney, the 30-year-old blonde star talked about finding ‘normalcy’ together with Alwyn who is also an actor.

The Red singer admitted her song Peace is about Joe, a 29-year-old British actor best known for Boy Erased and The Favourite.

‘Peace is actually more rooted in my personal life,’ said the singer.

‘I know you have done a really excellent job of this in your personal life: carving out a human life within a public life, and how scary that can be when you do fall in love and you meet someone, especially if you’ve met someone who has a very grounded, normal way of living,’ added the cover girl.

Swift added, ‘I, oftentimes, in my anxieties, can control how I am as a person and how normal I act and rationalize things, but I cannot control if there are 20 photographers outside in the bushes and what they do and if they follow our car and if they interrupt our lives.

‘I can’t control if there’s going to be a fake weird headline about us in the news tomorrow,’ she said.

When Paul asked if Joe understands the stress she answered: ‘Oh, absolutely.’

Taylor then shared: ‘But I think that in knowing him and being in the relationship I am in now, I have definitely made decisions that have made my life feel more like a real-life and less like just a storyline to be commented on in tabloids.

‘Whether that’s deciding where to live, who to hang out with, when to not take a picture — the idea of privacy feels so strange to try to explain, but it’s really just trying to find bits of normalcy.’

The Bad Blood singer then said the song Peace is about finding comfort.

‘Like, would it be enough if I could never fully achieve the normalcy that we both crave? Stella [McCartney] always tells me that she had as normal a childhood as she could ever hope for under the circumstances,’ it was also stated.

‘I think, when a pseudonym comes in is when you still have a love for making the work and you don’t want the work to become overshadowed by this thing that’s been built around you, based on what people know about you. And that’s when it’s really fun to create fake names and write under them,’ Taylor said.

She then said she wrote under the name Nils Sjöberg because those are two of the most popular names of Swedish males.

‘I wrote this song called This Is What You Came For that Rihanna ended up singing,’ she said.

‘And nobody knew for a while. I remembered always hearing that when Prince wrote Manic Monday, they didn’t reveal it for a couple of months,’ she explained. [Daily Mail]

Related Topics:Taylor Swift
Up Next