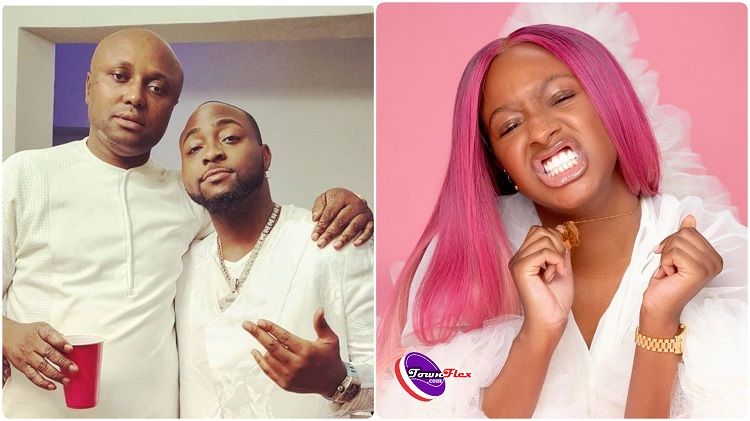 Recall that DJ Cuppy had threatened to sue Isreal after he accused her of owing Zlatan Ibile for his collaboration in their 2019 hit song, “Gelato”.

DJ Cuppy finally made good her threat on Thursday when her lawyers, Babajide Koku & Co., wrote to Israel, demanding his public apology over alleged libellous statements against their client.

In a letter dated February 10, Cuppy’s lawyers stated that there was no contractual breach in her deal with Zlatan.

The lawyers demanded that within seven days, Israel should write a public letter of apology withdrawing his claims, and also a letter of undertaking to cease and desist from publishing libellous allegations against DJ Cuppy.

Isreal has now taken to his Instagram page to apologise to DJ Cuppy for making a false statement regarding her strained relationship with Zlatan Ibile.

Davido’s aide admitted that he made a false narration of the feud between DJ Cuppy and Zlatan, based on the rumours he had heard.

He retracted his statement and asked DJ Cuppy to put the issue behind her so they can both get back to the good old times.

“My name is Afeare Israel. I want to apologise to you Cuppy Otedola for my last post over Zlatan issue. I am very sorry about the embarrassment it has caused you, your person and your family. Please do not be offended, please. It will never happen again, please.