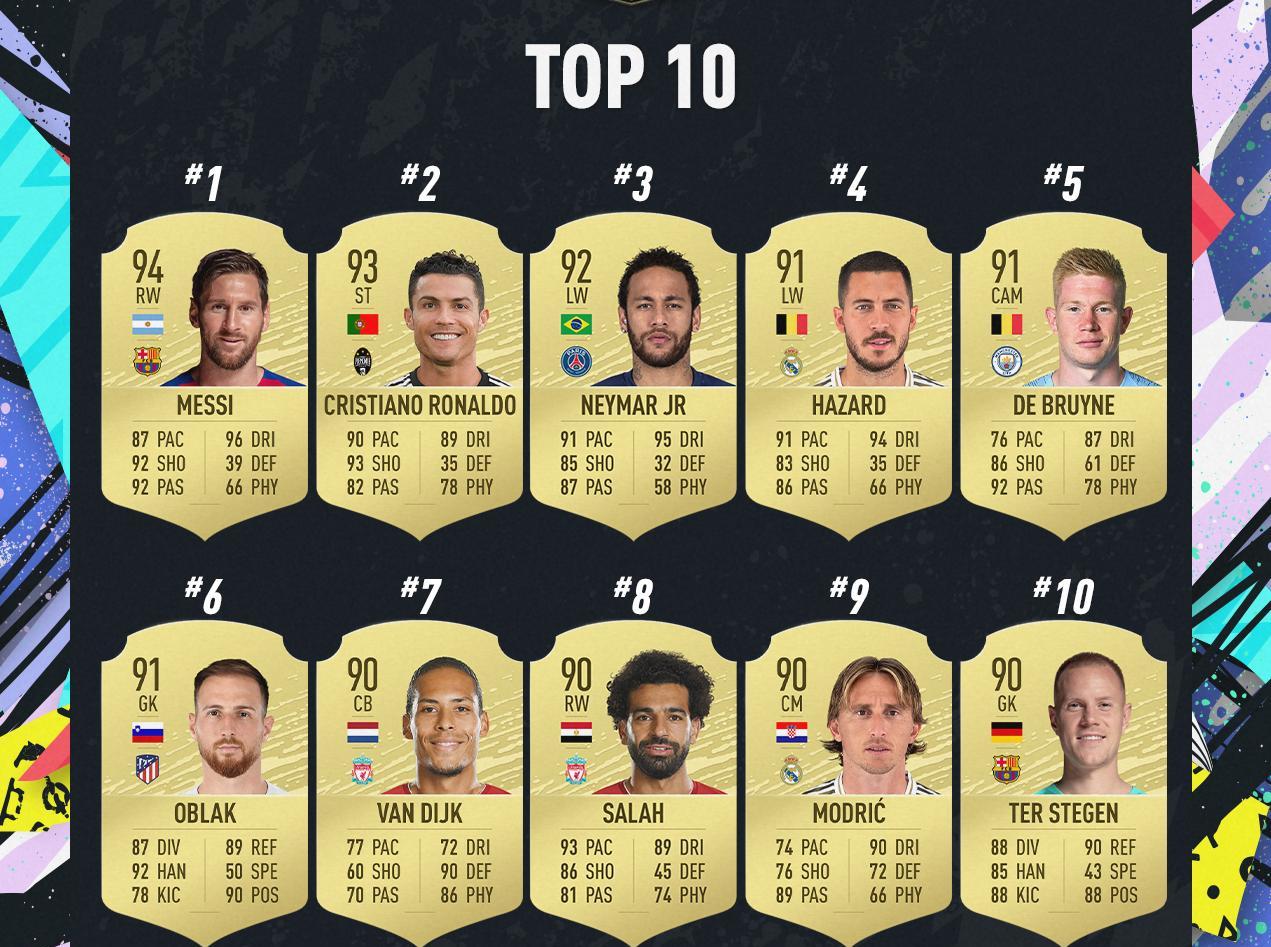 Electronic Arts (EA) Sports, on Monday, unveiled its annual player ratings for the FIFA 20 football simulation video game which will be released in a few weeks.

The list is topped by Lionel Messi who just slightly beat out Cristiano Ronaldo for the top spot by one point. Messi is FIFA 20’s highest played player with a rating of 94, followed by Ronaldo with 93, PSG forward Neymar Jr. trailed them with 92.

Also on the top five are Real Madrid midfielder Eden Hazard with 91, and Manchester City’s Kevin de Bruyne also with a score of 91.

The new rating has sparked a debate among football game lovers on social media.

While some picked holes in the rating and argued that it is not fair to their favourite players, others were of the opinion that it is balanced and fair to all.

These ratings never made sense.They are not proportional to reality.

For example,the dribbling.: if Messi is 96,for Ronaldo it should be about 70,and his overall rating about 86,for an accurate representation of his performance this year.

Messi must’ve attempted and completed the most dribbles in Europe

So by your logic van Dijk should be the most rated player right?

why? he is number 4 which is perfectly fine.

FIFA put higher ratings for people who they like (they put ronaldo low cause he left them last year) and if u see fifas before fifa 17, messi was higher and he didn’t deserve it