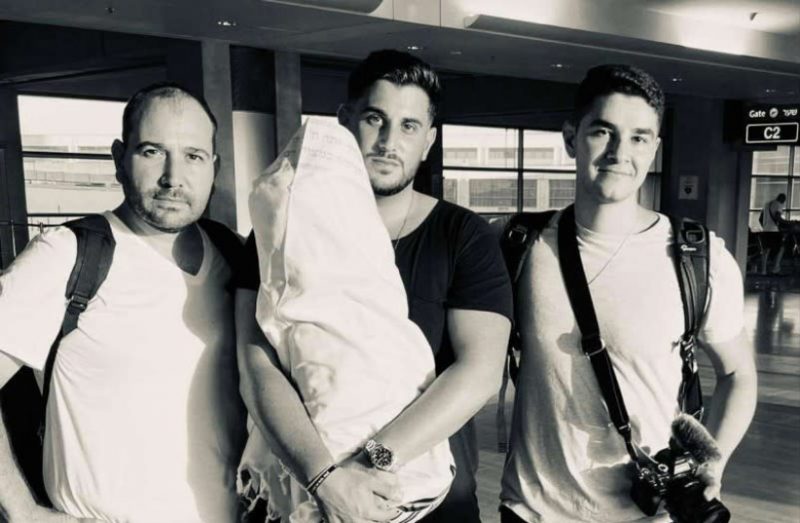 The families of three Israeli men arrested in South East Nigeria by the Department of State Services have called for the release of their children.

In a press statement released by the family on Tuesday, the families of the Israelis identified as Rudy Rochman, a Zionist activist, filmmaker Noam Leibman and French-Israeli journalist E. David Benaym said they were in Nigeria ‘as part of a documentary filmmaking effort to explore the lives and customs of Jewish communities around the world.’

The documentary series titled, “We Were Never Lost” according to their families, is designed to educate viewers about the religious and cultural experiences of lesser-known Jewish communities.

“But on Friday, July 9th, the boys were arrested and detained at a synagogue during night services in Ogidi village by the Department of State Service, DSS, over an alleged connection with the Biafra separatist group, They were then taken to Abuja later.

The filmmakers had been aware of the separatist tension in the region and last Thursday, they wrote in the ‘We Were Never Lost’ Facebook page, “We do not take any position on political movements as we are not here as politicians nor as a part of any governmental delegations.”

The family further said they are working with ‘the U.S., Israel and French Embassies on the matter and have urged ‘that the team should be released from custody as soon as possible.’

Separatist groups in the South East region have claimed to be a lost tribe from Israel and Nnamdi Kanu, the recently extradited leader of a proscribed separatist group, Indigenous People of Biafra had at different times said that he ‘believes in Judaism’ and considers himself a Jew.

Oftentimes, he had led his Biafran people to various Jewish prayers and religious observations.

I feel like committing suicide, says lady battered, raped by kidnappers in Enugu