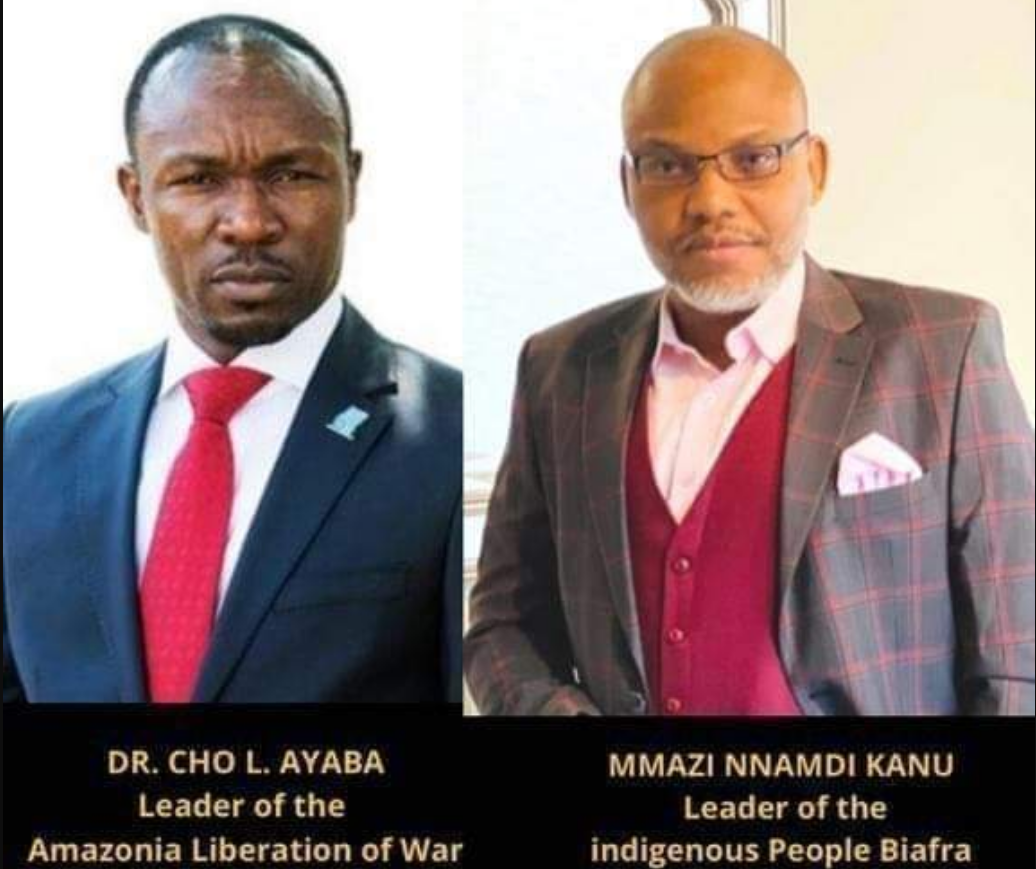 Nnamdi Kanu and Dr Cho. L. Ayaba, the leaders of the Indigenous People of Biafra (IPOB) and the Ambazonia independence movement respectively, will on Friday, April 9, 2021 address a joint world press conference, a statement said on Monday.

WuzupNigeria reports that Ambazonia, officially the Federal Republic of Ambazonia and commonly referred to as Amba Land, is a self-declared state, internationally considered an autonomous anglophone federal state of the UN-created Cameroon federation through resolution 1608 in 1961. However, in the 1970s, the majority French-speaking political leadership of Cameroon abolished the federation to constitute a unitary state. This was further extinguished in January 1984 by decree. On 1 October 2017, separatists declared an independent state, which they again named Ambazonia.

The statement, released and signed by IPOB Media and Publicity Secretary, Emma Powerful, said the press conference by the two separatist leaders would be relayed live via different social media platforms and some television stations by 7 pm local time.

“Both leaders will during the conference unveil some of the milestones already recorded in their quest for the independence of their respective nations”, the statement read.

“They will also during the conference, expose the atrocities committed by the Nigerian and Cameroonian Governments and security agents against the people of Biafra and Ambazonia.

“It is on record that the two nations and groups, in October 2020, signed MOU to work together and to strengthen their unity and cooperation in their quest for self-rule.

“Biafra and Ambazonia are the same people, and nothing can separate us from each other. We are equally aware that the Ambazonia people were paying tax in Enugu before the British Colonial masters moved them to Boa in Cameroon to pay their tax in order to separate them from their brothers. But we are one people and cannot be separated by any enemy.

“We, therefore, enjoin the great people of Biafra, and Ambazonia both home and abroad to support the struggle for our liberation which is very imminent. Our efforts towards this struggle will not be in vain. God is on our side, and will surely see us through no matter how hard the enemies try to stop us.”

Related Topics:AmbazoniaAyabaIPOBNnamdi Kanu
Up Next