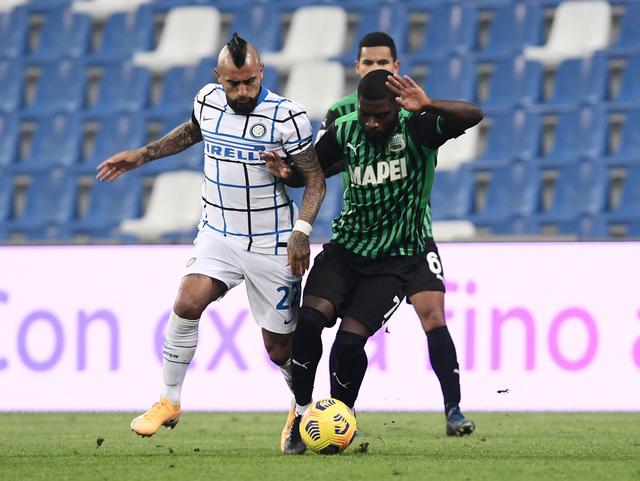 Italian football authorities have postponed the match between league leaders, Inter and Sassuolo on Saturday due to COVID-19 outbreak.

According to reports, Italian health authorities made the call after Inter’s defender, Stefan de Vrij, and midfielder, Matias Vecino, contracted the virus.

His infection was the case after defender, Danilo D’Ambrosio, and goalkeeper, Samir Handanovic, were announced to have the virus earlier this week.

Consequently, local health authorities in Milan had ordered the “immediate suspension of any type of team activity for four days until Sunday inclusive,” Inter said.

Inter added that “on Monday, before an eventual resumption of activities, the whole team will again be subjected to tests.”

The Nerazzurri’s are currently top of the Serie A table with 65 points after overtaking second-placed AC Milan who are now nine points behind.

Defending champions Juventus trail behind in third place with ten points behind the league leaders and a game at hand.

Related Topics:Covid-19InterSassuoloSerie A
Up Next