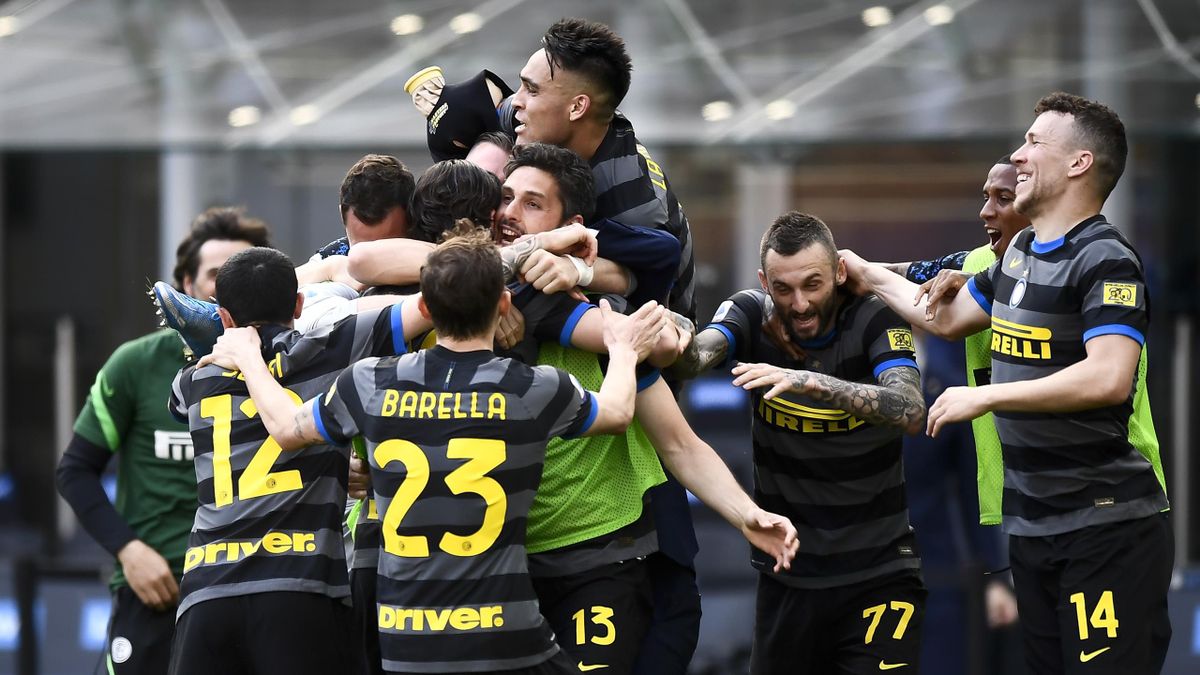 Inter Milan have officially won the Italian Serie A title for the first time in 11 years, ending Juventus’ nine-year reign as Italian champions.

Atalanta’s 1-1 draw at Sassuolo on Sunday handed Antonio Conte’s side the trophy with four matches left and a 13-point gap atop the table.

Goals from Christian Eriksen and Achraf Hakimi dashed the hopes of the defending champions who are struggling for a place in the Champions League next season.

Sky Sports reports that Juventus’ nine-year winning cycle was kick-started by Conte himself in 2012 and continued by Max Allegri and Maurizio Sarri until last term.

With just two defeat this season – two 2-1 losses in the Milan derby in October and at Sampdoria in January, Conte’s men stole the number one spot from City rivals, AC Milan on February 14 with a 3-0 derby win till date, enjoying the latter followed by an ongoing 18-game unbeaten run which saw them collect 14 wins, 11 of them in a row.

Conte expressed delight at breaking Juve’s dominance when he said, “We are succeeding in toppling a kingdom that had lasted for nine years.

“We’re aware that we can do something extraordinary because Inter haven’t won a Scudetto in 11 years, and we’re breaking up a dynasty.”

Conte, who led the Bianconeri to the first three of those nine consecutive league titles took over Juve when they had finished seventh in Serie A as AC Milan pipped Inter to the title in 2011, according to CNN.

“They were both two extremely difficult situations because I joined Juventus after getting promoted with Siena and … there wasn’t a vision in place and we weren’t fancied but beat strong sides. From then, an important cycle began,” Conte told the Inter website as he reflected on his time at Juve.

“In coming here, I made the toughest decision because many others would have found things to hide behind. I tested myself, I love big challenges and I’ve always said I’m the number one fan of the clubs that I represent.

“It wasn’t easy to win over all the fans and I understand that, but I’m convinced that I’ve always given my all for the teams that I coach. I got involved to give my best and I’m satisfied because we’re doing something extraordinary.”

Related Topics:Inter Milan< Serie A
Up Next

Dangote, Ek on alert as Kroenke puts Arsenal up for sale