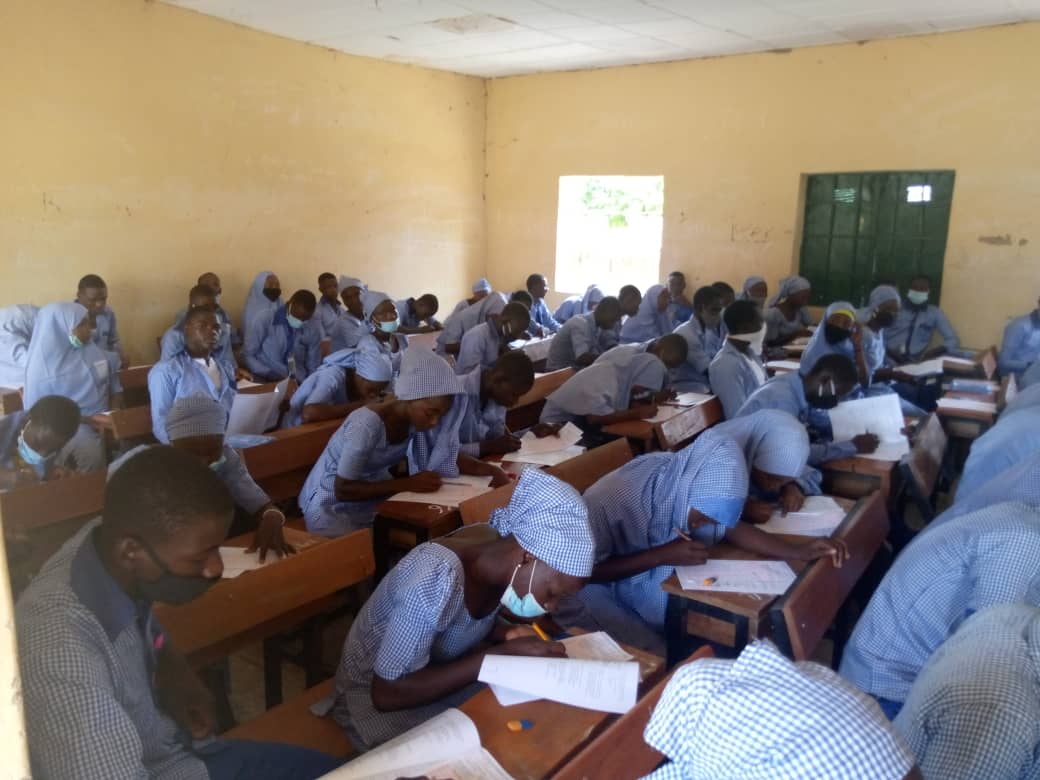 The West African Examination Council (WAEC) has successfully conducted the 2020 Senior School Certificate Examination (WASSCE) in senior secondary schools in Chibok in Borno six years after closure due to insurgency.

While the Federal Government has secured the release of some of the abducted girl, others are still in the terrorist captivity till date.

Ibrahim, who is also the Commander Sector 1, Operation Lafiya Dole, was represented by the Chief of Staff of the division, Brig.-Gen. Ifeanyi Otu.

He said the insurgency conflict had its foundation on the detest for western education by the Boko Haram sect, adding that it had had unimaginable impact on education in the North East.

According to him, we want to thank God that the conflict in the entire North East has been brought under control.

“These are all that happened and we have turned around that narrative.

“It will be gladdening to note that for the first time in the past six years,  WAEC  successfully held WASSCE in Chibok with the military providing security,’’ he said.

Ibrahim said that the Nigerian army had continued to support the resuscitation of education in the northeast while fighting to secure the region from insurgents.

According to him, after the capture of Gwoza, the Nigerian army had to integrate the teachers taking refuge into teaching the children there and have been paying them since then.

He added that the division recently donated books to some schools in IDPs camps in Borno as well as renovating some school as part of an effort to resuscitate education in the state.

Ibrahim disclosed that about 70 per cent of the schools that were being occupied by soldiers due to the conflict had been relinquished, adding that efforts were being made to relinquish the remaining 30 per cent.

“Let me equally say that the Chief of Army Staff has been making a deliberate effort through the education corps to post in teachers to all schools within the northeast states.

“In the first place, this conflict would not have thrived if not that there was high illiteracy rate in this zone,’’ he said.

The GOC commended the group for their effort towards ensuring that schools in the North East were resuscitated, assuring of the Nigerian army’s commitment to supporting actualising of the initiative.

Earlier, Dr Afolake Taiwo, Leader of Delegation, EiEWGN and Director Education, Ministry of Defence, said the purpose of the visit was to sensitise the division on the celebration of International Day of protecting education against attack.

Taiwo said the visit was also to thank the army for the good work as well as advocate for more support in protecting education against attack, adding that education had been under attack in the North East.

According to her, we all know that when education is under attack, then the nation is also under a siege because no nation can grow without education.

“So we are passionate about making sure that our education is not under attack and this is actually coming from the Safe School Declaration (SSD) that was signed by the president.

MORE READING!  Looters of COVID-19 palliatives will be brought to justice - El-Rufai

“Under it is so many aspects such as security, human rights and international support and the defence is actually in charge of the security.

“I want to thank the military for their support for education and making sure that they deal with the insurgency and defend the Nigerian territory as well as working hard to make sure that schools resume immediately,’’ she said.

Taiwo also commended the men of Nigerian Army Education Corps for the deployment of personnel to classrooms in the insurgency ravaged areas of the northeast.

Also, Brig.-Gen. Michael Ajala, Director at Nigerian Army Resource Centre and member of the group, commended the group for their commitment to restoring education in the northeast.

Ajala explained that the occupation of schools by the military in the northeast was in line with the SSD  requirements that allow the military to make use of schools as bases in extreme conflict situations.

He added that the new super camp strategy of the army had led to the relinquishing of schools by the military.

He said the deployment of military teachers to schools as part of the Nigerian army’s civil-military relations.

I’m scared of asking girls out, 23-year-old man cries out