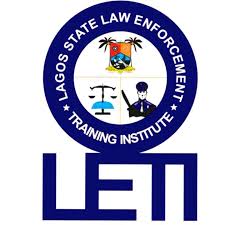 Ifalade Oyekan, the Director-General, told newsmen that the institute trained 6,329 officers in 2020, hoping to surpass the figures in 2021.

Oyekan said the Lagos State Government had approved the budget required to achieve the institute’s training objectives in line with the THEMES agenda of the state government.

“The THEMES agenda are: Traffic Management and Transportation; Health and Environment; Education and Technology; Making Lagos a 21st Century State; Security and Governance,” he said.

According to him, officers that will participate in the training are from the Lagos State Traffic Management Authority (LASTMA), Vehicle Inspection Service (VIS), Lagos Neighborhood Safety Corps (LNSC) and Kick Against Indiscipline (KAI).

“From various evaluations conducted based on the previous year, there are signs that the institute is on the right path.

“We have developed new strategies and techniques to attain the core mandate of the institute in ensuring the provision of the highest levels of training for all categories of law enforcers and safety personnel in Lagos State.

“In furtherance to the new LETI training scheme, which is geared toward entrenching professionalism, the institute will be introducing specialised training schedules and courses.

“The 2021 In-service Training will, for the first time, operate the multi-level training where the introductory class will operate differently from the Intermediate and Diploma classes.

“First-timers will take the basic courses of the law enforcement proficiency training to prepare them for further studies at the institute,” he said.

According to him, the proposed courses, which are subject to approval by the state government include: Intelligence Gathering, Crowd Management and Control and Body-worn Camera.

He said that the Body-worn Camera, which was introduced last year, received positive feedback from the state government, adding that more devices would be introduced.

Oyekan said the management had begun the screening process for its intending instructors.

According to him, the screening, which is the first of its kind in the institute, is to ensure professional and competent instructors are selected to deliver on the mandate of the institute.

Oyekan added that the institute was also planning to add other enforcement agencies in its training programmes, including the Lagos State Waterways Authority and Lagos State Building Control Agency.

He commended Gov. Babajide Sanwo-Olu for his continuous support toward actualising the objectives of the institute.

Oyekan also applauded the governor for paying training allowance to LASTMA officers who participated in the mandatory training in 2020, hoping that other agencies would be paid soon.

“I must express my innermost gratitude to Gov. Babajide Sanwo-Olu for his immense contributions and support in the rebranding of LETI to ensure the development of law enforcement in the state,” he said.