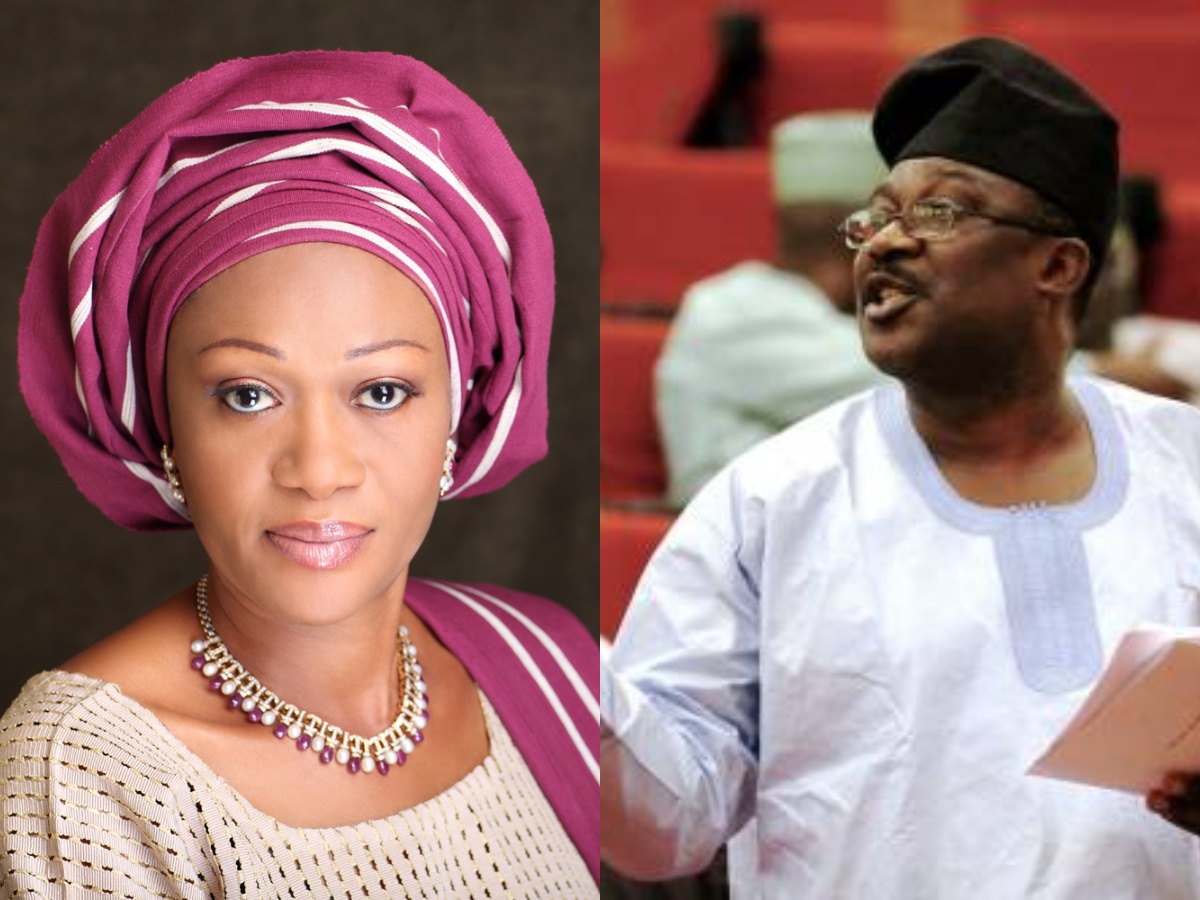 Nigerians have taken to Twitter to blast Senator Remi Tinubu for questioning the loyalty of Senator Smart Adeyemi to the ruling All Progressives Congress (APC).

Adeyemi, who represents the Kogi West senatorial district, during a recent plenary, lamented the spate of insecurity in the country, coming amidst activities of Boko Haram terrorists, Bandits, ethnic clashes and rumours of war.

Reports of killings and unrest stemming from violence, killings, kidnapping as well as the breakdown of law and order from banditry, ethnic clashes as well as terrorism have raised tensions across the country.

Recall that multiple reports of violence were reported on Monday, April 26, from Anambra State to Kaduna, Yobe, Niger, and Lagos States, sending fear into the hearts of many Nigerians.

The reports chronicled the death of 15 cops and five soldiers, as well as the killing of abducted students of Greenfield University in Kaduna.

However, Adeyemi’s fellow APC senator, Remi – Lagos Central Senatorial District representative and wife of APC national leader, Bola Tinubu, interrupted his comment to question his loyalty by raising party rivalry amidst the worsening level of insecurity in the country.

In a viral video on social media, Adeyemi could be heard saying that “this is the worst instability we are facing. In fact, this is worse than the civil war.”

However, Remi whose husband is a potential presidential candidate for the 2023 elections, interrupted him, asking: “Are you in PDP (Peoples Democratic Party)? Are you a wolf in sheep’s clothing?”

Although the Kogi senator ignored and continued with his point, Nigerians have labelled Remi as an enabler of injustice to the Nigerian people.

@Samcleave_GZLA “Smart Adeyemi was pouring out his soul, genuinely or not I’m not concerned, about the rate of insecurity in this country what a sitting senator, Remi Tinubu, cared about was political parties. The BMC trait to politicize everything has its roots in Bourdillon.”

Another Nigerian, @Akewusolaf wrote: “If not that God is wonderful, Remi Tinubu should have been somewhere in Oshodi selling roasted corn. Despite the spike in insecurity, all she could contribute to Smart Adeyemi’s motion is ‘Are you in PDP’ Aside Politics, this ppl are evils. Wèyrey, oloshi, òmo ale buruku.”

@theonly1acre also commented saying that “Let’s just say Remi Tinubu has just truncated her husband’s journey to 2023. Subtle reminder how Senator Pastor Remi Tinubu of the RCCG has no business in the Nigerian senate. She is an enabler of injustice to the Nigerian people. 600 years for you Ma.”

@TheGeniusJaj advised that “RCCG members should please do Nigeria Flag of Nigeria and Nigerians a favour, When Yemi Osinbajo and Remi Tinubu are coming to Redeem Church HQ for a program, Please put granite stones in your bags and use the stones to break their heads when they climb the pulpit. Thanks in advance.”

“This video of APC Senator standing for the masses bears it all. Remi Tinubu just like her husband does not care how many Nigerians are being killed or starving, her eyes focus only on being the First Lady. Fire on the mountain, Nigeria has fallen,” @JessicaOgwatar opined.