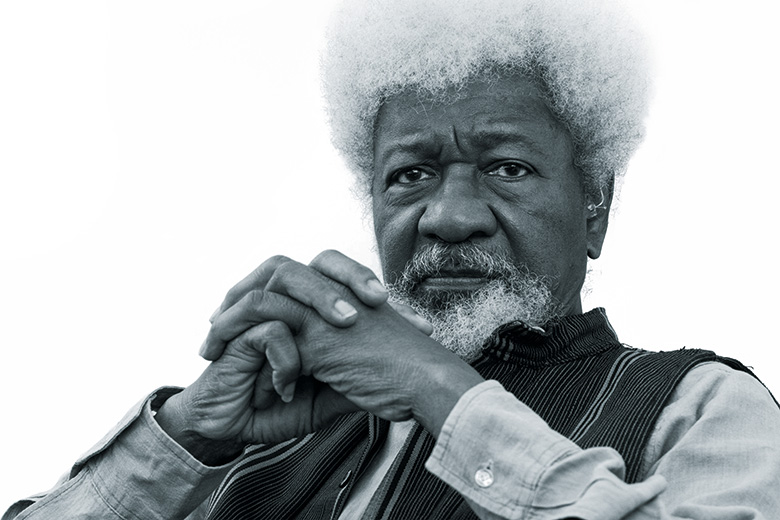 Nobel Laureate and poet, Professor Wole Soyinka, has revealed that he sometimes go some days without newspapers to avoid the depression that comes from reading bad reports of insecurity and other abnormalities in the country.

Soyinka made the statement in Abuja on Saturday at the book reading and signing of two of his books titled ‘Trumpism in Academe’ and ‘Chronicles of the Happiest People on Earth.’

According to Sahara Reporters, the poet further disclosed that he does not think that Nigeria’s unity is achievable in the tenure of Major general Muhammadu Buhari (retd.) due to systemic failure.

“There is a failure, a systemic failure in present governance and I don’t know who can put it together. These days, I try to go some days without reading the newspapers. It is so depressing,” he said.

Former Imo State Governor, Rochas Okorocha had asked Soyinka if he could write a Nigerian story that would evoke patriotism and inspire unity among the various tribes in the country.

In response, the playwright said no narrative would unite the people of Nigeria without restitution and justice.

He explained that persons in Internally Displaced Persons’ camps, who had lost relatives and loved ones due to violence, would not embrace any story of unity unless they got justice.

The Nobel laureate said Nigeria had lost a key opportunity to unite, adding that he didn’t believe the regime of Buhari could unite Nigeria because it suffered from systemic failure.

“There has been more than one moment and we lost the moment. Will another one come? I don’t know. Right now I don’t see it under this government quite frankly,” he stated.

Soyinka, however, stated that he personally believed that Nigeria should not break up but should remain one entity.

He argued that it was wrong of the government to continue to say the country’s unity was non-negotiable.