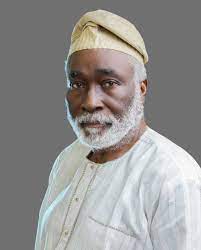 A former Lagos State commissioner, Rahman Akanni Owokoniran, has waded into the debate of a potential disintegration of Nigeria.

The country recently lost its Chief of Army Staff (CoAS), Lt- Gen. Ibrahim Attahiru, who died in a fatal plane crash alongside 10 other officers and crew members on Friday, 21 May 2021, at the Kaduna International Airport. His death comes amidst insecurity, terrorism, kidnappings as well as a disagreement between the North and South over the ban on open grazing and other issues threatening the unity of the country.

However, despite rising calls for succession by the separatist organisations including Indigenous People of Biafra (IPOB) and the O’odua Republic, Owokoniran remained positive that Nigeria would not disintegrate.

Speaking in an interview with The Sun, the two-time former commissioner under Senator Bola Ahmed Tinubu’s tenure as Lagos State governor noted that God’s purpose for the country must stand.

He said: “Nigeria will not disintegrate. God’s purpose for Nigeria must stand because Nigeria has a huge assignment for the black race. It is rather unfortunate that we have the wrong set of people in government as our leaders. Our democratic experience under APC is not the way to go.

“Nigeria is a multi-cultural and multi-ethnic group. Our culture is shaped by our multi-ethnic society which has diverse elements.

“The leadership created must be able to translate this diversity into governance and ideas that will benefit every multi-ethnic group.”

Asked if the President, Major General Mohammadu Buhari (retd), should succumb to pressure and resign as demanded by different quarters due to insecurity in the country, Owonikaran said: “Everybody is frustrated! There is no indication or ray of hope from President Buhari who has kept a stony silence through all of this.

“We don’t know his mind or what he is thinking in all of this, but one thing is obvious, he is politicking with our lives. This administration has failed Nigerians badly.”