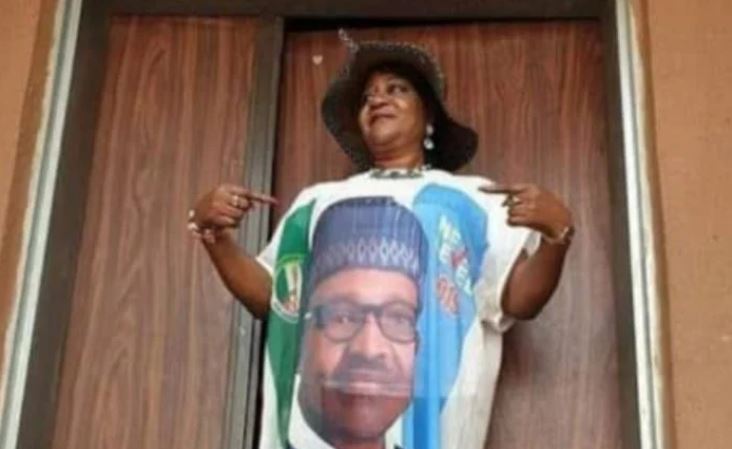 The Chairman, Senate Committee on the Independent National Electoral Commission, Senator Kabiru Gaya on Tuesday says its panel did not reject the nomination of a presidential aide, Lauretta Onochie, as National Commissioner for INEC based on allegations of political affiliation levelled against her.

Gaya gave the explanation after the members of the red chamber rejected Onochie’s confirmation.

The Senate had earlier on Tuesday confirmed the appointment of five nominees as National Commissioners of INEC.

The upper chamber also stepped down the confirmation of Prof. Sani Muhammad Adam (North Central) for further investigation by the committee.

The confirmation of the nominees followed the consideration of a report by the Gaya-led Senate Committee on INEC.

Addressing journalists after plenary, Gaya said the only reason his committee rejected Onochie was that she is from the same state with Mrs. May Agbamuche-Mbu, a serving National Commissioner with INEC.

He said, ” We couldn’t approve the appointment of Onochie because she is from the same state with an INEC Commissioner from Delta State, Mrs Agbamuche-Mbu, who is serving and whose tenure may expire in December this year.

“Agbamuche-Mbu is still serving in INEC till December this year. That is why we cannot clear another candidate from the state.

“If she leaves the office and the President nominates another candidate from her area, we will recommend such person for confirmation if we don’t have any reason to disqualify him or her.”

Gaya said the committee considered various legal implications of the confirmation or otherwise of the nominees and also studied the mood of Nigerians before coming up with its report.

The Senator said his panel did not rely on the submissions of Onochie when she told the committee that Agbamuche-Mbu was actually representing Cross River on the board of INEC.

He said, ” We did not rely on Madam Onochie’s submissions during the screening. We had to rely on the existing records at the INEC and the letter written by President Muhammadu Buhari nominating her for the INEC job.

“President Buhari actually specified her (Agbamuche-Mbu)’ s state, which is Delta in the letter.

” Also during her confirmation in the 8th Senate, I was there when two senators from Delta, Messrs Ovie Omo-Agege and James Manager, stood up to congratulate the Senate for confirming her.

“We also got records from the past senate screening that Agbamuche-Mbu was nominated as a nominee from Delta State.

” Sadly, we would not have any reason to confirm her if not that someone is already representing her state on the board of INEC.”

On her membership of the APC, Gaya said the committee could not disqualify Onochie based on the records before it.

He said, “Madam Onochie has said she has ceased to be a member of the APC and that the affidavit she deposed to was before renouncing her membership of the party.

” The law said we can only disqualify a card-carrying member of a political party and since she denied her APC membership, we cannot hold that against her,” Gaya declared.

He said Adams was not cleared because of allegations against him while he was a lecturer at the University of Jos of which the university management dismissed his service.

He said, “Adams went to the Federal High Court for redress and he won but the University appealed the judgment at the Court of Appeal.