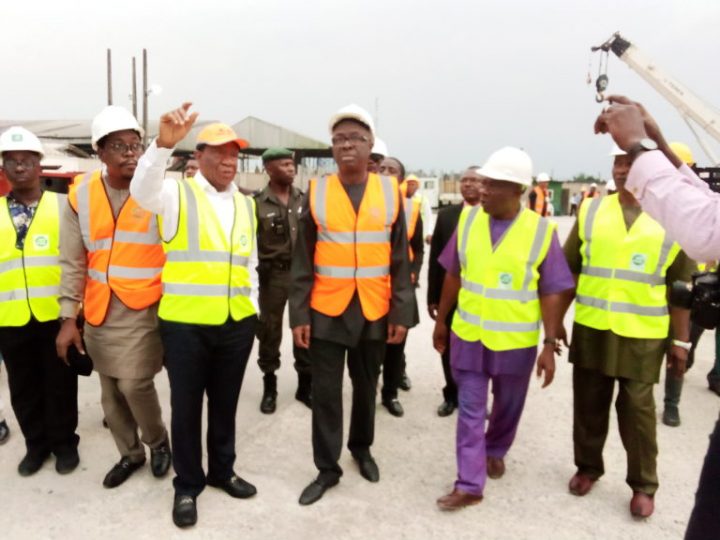 Some industrialists on Sunday in Lagos appealed to the Federal Government to review its policy on the partial border closure, one year after.

The industrialists made the call while speaking in separate interviews with the News Agency of Nigeria (NAN) in Lagos.

They said the policy on partial border closure was not sustainable.

Newsmen reports that on Aug. 20, 2019, law enforcement agencies were ordered by the presidency to enforce the partial closure of the country’s borders.

Mr. Ambrose Oruche, acting Director-General, Manufacturers Association of Nigeria (MAN) called for the review, saying that it had impacted negatively on exports and other businesses forcing some to close shop.

Oruche said that although the policy had improved the nation’s agricultural production, however, insisted that further study be carried out to determine the way forward on its impact on other sectors of the economy.

“We are asking that the border closure policy be reviewed and assessed to determine the way forward as it is not sustainable.

“Exporters have been affected, businesses have shut down, the border closure has greatly impacted the sector negatively.

“Though some will say rice millers are smiling to the bank the fact remains that a study must be carried out to assess the impact to determine the way forward.

“If they say it is to prevent smuggling of items, go around and you will still see banned products still coming in with fresh expiring dates in our supermarkets.

“It is also not the right policy, especially as the nation plans to be a part of the Africa Continental Free Trade Area (AfCFTA), ” he said.

The MAN D-G also advised the government to address the porous nature of the borders by deploying advanced technology as against the compromised gatekeepers now at the borders.

Dr. Muda Yusuf, Director-General, Lagos Chamber of Commerce and Industry (LCCI) said though the policy reduced smuggling, the unintended consequential costs on many businesses were very profound, and in some senses disproportionate.

Yusuf said the closure had resulted in the complete shutdown of cross border trades between Nigerian businesses and their counterparts in the West African sub-region with consequences on investments and jobs.

“Many industries have invested in products registered under the ECOWAS Trade Liberalisation Scheme (ETLS).

“These investors whose business models were anchored on market opportunities in the ETLS have investments that have suffered unforeseen disruptions and dislocations in the past one year.

“Supply chain of some businesses have been completely disrupted as many companies including big manufacturing firms source their raw materials from countries in the sub-region,” he said.

Yusuf called for the fixing of some fundamental governance shortcomings which had led to the closure in the first place.

He listed some of them to include the fixing of security institutions for effective border management and policing and fixing of infrastructures to build a more efficient, productive, and competitive economy.

He also called for the review of the import tariff regime to reduce incentives for smuggling.

“High production cost remains a fundamental problem for the economy as it increases the price of locally produced items and encourages smuggling.

“Government also needs to get the government of Benin Republic to respect the ECOWAS protocol on transit goods.

“This is crucial to reduce the practice of using the Benin Republic as a major smuggling corridor into Nigeria.

“There is evidence that this and other regional issues are being addressed by the ECOWAS Committee set up to intervene in the land border closure crisis,” he said.

Prince Saviour Ichie of the Association of Micro Entrepreneurs of Nigeria (AMEN), said the policy was more is advantageous as the nation had not attained manufacturing self-sufficiency enough to close its borders.

Ichie said that even though rice production had improved, it had not gotten to the stage where it would be able to sustain the nation’s needs.

He appealed that the government measured the success in aspects of local manufacturing such as textile, shoemaking among others to ascertain its impact.

“The border closure is not the best as you have to have enough before you think about closing.

“It is disadvantageous to us as a nation if you look at how it has impacted our textile and other companies in Nigeria.

“To me, it has only led to the inflation of several items.

“On our locally manufactured products, Nigerians consume just 20 percent, while 80 percent go through the land borders.

“This policy has only engendered indigenous production in other countries.

“Government should review the effect of border closure on entrepreneurship, manufacturing as it appears most decisions were taken without consultation,” he said.