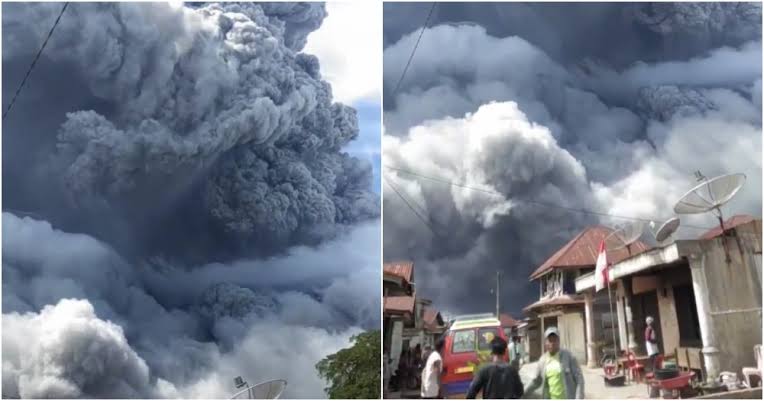 A volcano in Indonesia erupted on Monday sending a towering column of ash more than 3 miles into the sky and raining down on nearby villages.

Mount Sinabung, located on Indonesia’s Sumatra Island, has been active since 2010 and had a spike in activity in recent days, including a pair of smaller eruptions over the weekend.

Indonesia’s Volcanology and Geological Hazard Mitigation Center said there were no reports of deaths or injuries from the eruption but that lava flows were possible.

“People living nearby are advised to be on alert for the potential appearance of lava,” the agency said.

Residents in nearby villages were advised to stay at least 3.1 miles from the crater’s mouth.

Related Topics:FeaturedIndonesiaMount SinabungvolcanoVolcanology and Geological Hazard Mitigation Center
Up Next