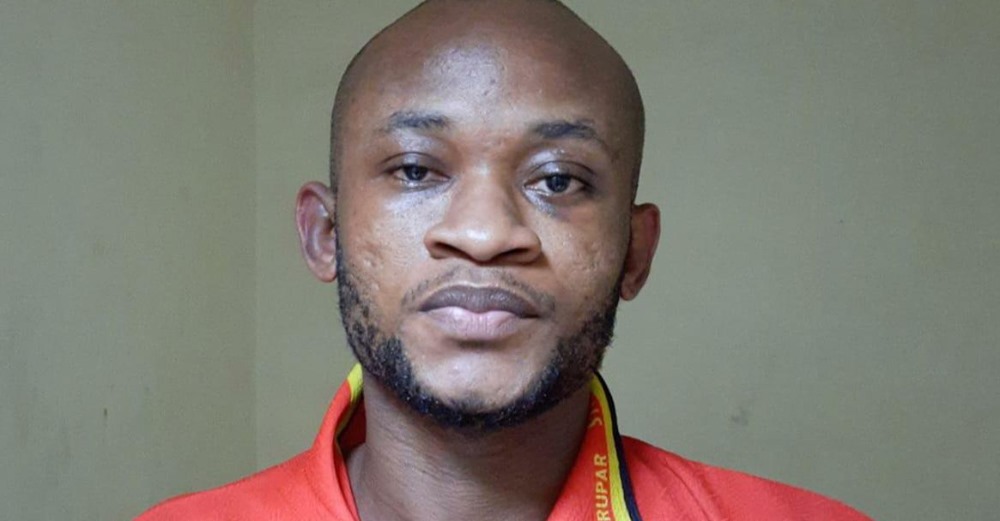 The police said Akeredolu is part of a gang that creates fake accounts on social media, approaches people through these accounts and then dupes them under the pretext of sending gifts.

According to the Indian Express, the gang approached the diamond broker, a resident of Girgaon who has an office at Bharat Diamond Bourse in BKC, on Instagram on October 10, last year.

The profile was created under the name of a woman, Alex Zendra, said police, adding that the accused claimed to be a captain at a ship in the United Kingdom.

“We started chatting on WhatsApp and after a few days, Zendra told me that she loves me and wanted to marry me. She aspired to start a business with me in Mumbai…

“On October 17, she sent me a video in which she showed branded shoes, gold chains, watches and US dollars and said that she is sending them for me,” the broker said in his statement to the police.

While he was awaiting the parcel, the broker received a call from a woman posing as a customs official.

She told him that the parcel has been seized at the airport and the broker has to pay money to get it released. He ended up transferring Rs 1.16 crore to multiple bank account numbers.

Amid this, the broker also visited New Delhi, where he met a man – who also posed as a customs official – who showed him the US dollars that had been seized from the parcel.

Later, sensing something amiss, the broker approached the VP Road police station, where a case of cheating under the Indian Penal Code and the Information Technology Act was registered.

During probe, the police found out that Akeredolu is based in Delhi.

He was brought to Mumbai on Wednesday and arrested.

He was produced in court, which has remanded him in police custody.

The police have seized several cellphones and fake US dollars from him, the report stated.

I killed my girlfriend, others, sold their body parts, used proceeds to buy beer and enjoy myself – Osun ritual killer