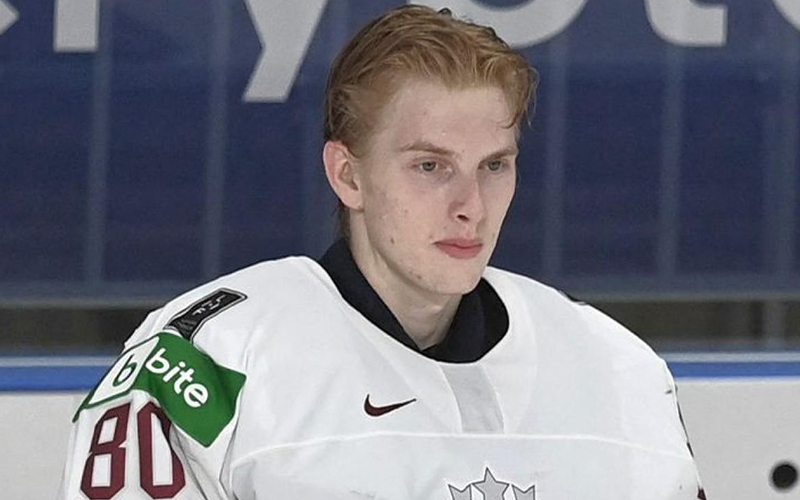 A 14-year-old National Hockey League (NFL) player, Matiss Kivlenieks, has died after being caught in an Independence Day firework disaster in the United States on Sunday.

Metro UK reports that the Columbus Blue Jackets goalie was in a hot tub when a mortar-style firework tilted out-of-control and launched toward them on July 4.

Kivlenieks tried to escape along with other people but unfortunately slipped and hit his head on the concrete in Novi, Michigan, according to reports.

The 24-year-old was pronounced dead shortly after the fire department and emergency responders transported him to a nearby hospital from the private home around 10.13pm on Sunday.

Lt. Jason Meier of the Novi Police Department said, “There appears to have been a fireworks malfunction, which caused a group of people to flee from the hot tub, including the deceased, who slipped and hit his head on the concrete,” Meier told ESPN on Monday.

Meier revealed that the mortar-style firework tilted slightly, which caused a fire and responders took 4 minutes and 38 seconds to arrive after receiving a 911 call.

Kivlenieks started in two games for the Blue Jackets this past season and had recently played for Latvia at the IIHF World Championships. He played in eight total games in his NHL career and was expected to compete for more playing time next season.

“We are shocked and saddened by the loss of Matiss Kivlenieks, and we extend our deepest sympathies to his mother, Astrida, his family and friends during this devastating time,” Blue Jackets president of hockey operations John Davidson said in a statement. “Kivi was an outstanding young man who greeted every day and everyone with a smile and the impact he had during his four years with our organization will not be forgotten.”