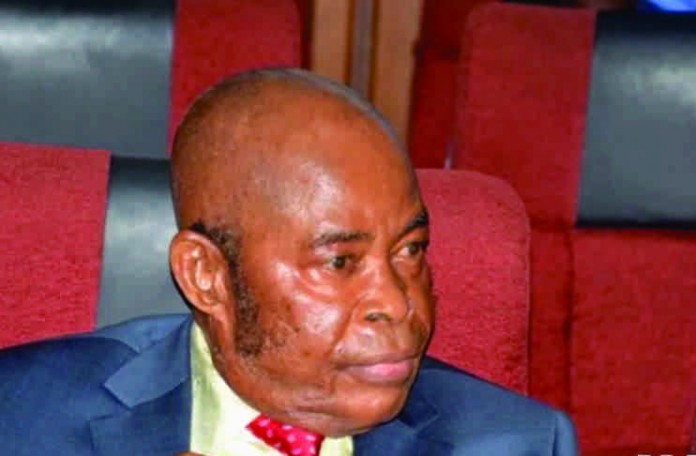 Gov. Hope Uzodinma on Thursday said that the government will immortalize late Justice Sylvester Ngwuta by renaming the Imo high court complex after him.

Uzodinma made this known on Thursday at the Valedictory Service held at the court of appeal, Owerri Division, in honor of late Justice Ngwuta.

The governor described Ngwuta as a man who stood for justice and fairness when he served as a court of appeal judge.

“My government will immortalize Ngwuta because he was a man with a high level of integrity and he made us proud as a state.

“His legacy should be emulated by every leader; he showed good example as a lawyer and also gave remarkable judgements as a judge,” Gov. Uzodinma said.

According to reports  Late Ngwuta who hails from the Oguta council area of Imo was appointed Nigerian Ambassador to the United State of America in 2017 before his death in December 2020.

Uzodinma said Ngwuta served Nigeria with diligence and fear of God, he added that he promoted the diplomatic relationship between Nigeria and U.S.

“Even in death, we are proud of him because he represented us well and we must honour him by immortalizing him in Imo,” he said.

The presiding Judge of the court of appeal, Owerri Division, Justice Ayobode Sodipe, stated that the late Ngwuta would be remembered for his contributions to the “bench”.

“I was able to read most of his judgements as an appeal court judge, I saw wisdom in all his decisions and his legacies will forever remain.

“He was a great man who was respected by the international community, on behalf of my colleagues here, we say a last farewell to a Hon. gentleman,” he said.

Mike Ahamba (SAN), said Ngwuta had a good track record as a judge and has represented Nigeria well as an ambassador.

“We are very proud of him, even in death, he will be highly respected because he served both Imo state and the Federal Government diligently,” he said.

“He practiced as a lawyer before he was elevated as a judge, he had excellent career and we are very proud of him,” she added.

Related Topics:Ylvester Ngwuta
Up Next