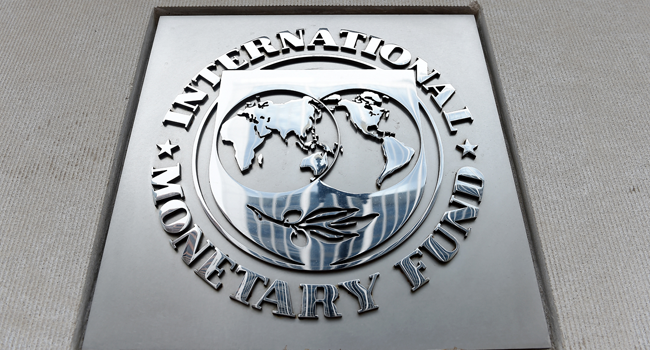 The International Monetary Fund (IMF) has in its latest World Economic Outlook (WEO) projected global growth for 2021 to be 5.5 percent as against 5.2 percent it forecast in October 2020.

Gita Gopinath, Chief Economist of the fund, said this during a media conference on Tuesday in Washington D. C at the release of the January update on the WEO with revised growth forecasts for the world.

She said that the new forecast was moderating to 4.2 percent in 2022.

According to her, the upgrade for 2021 reflects the positive effects of the onset of vaccinations in some countries.

It also reflects additional policy support at the end of 2020 in economies such as the United States and Japan and an expected increase in contact-intensive activities as the health crisis wanes.

However, the positive effects are partially offset by a somewhat worse outlook for the very near term as measures to contain the spread of the virus dampens activity, she said.

Gopinath said that the strength of recovery varies across countries as growth would hinge on the severity of the health crisis, the extent of lockdowns and disruptions to activity, cross-border spillovers, and the effectiveness of policy support to limit persistent damage.

“Much now depends on the outcome of the race between the virus and vaccines to end the pandemic, and on the ability of policies to provide effective support until that happens.

“One reason for diverging recoveries is inequitable access to vaccines.

“Some countries will get widespread coverage this year, others will have to wait until 2022. We call for greater funding to ensure vaccines are widely available.”

She said that the burden of the crisis had fallen unevenly across groups and had increased inequality as workers with less education, youth, women, and those informally employed had suffered disproportionate income losses.

The economist said that even though the estimated collapse in growth was less dire than was previously projected owing to stronger-than-expected growth in the second half of last year, it remained the worst peacetime recession since the Great Depression.

“We must act now to ensure the pandemic is beaten back everywhere, the divergence in prospects across and within countries is reversed and the world builds forward to a more prosperous, green, and inclusive future.”

She added that China returned to its pre-pandemic projected level in the fourth quarter of 2020, ahead of all large economies, while the United States was projected to surpass its pre-COVID levels in 2021, well ahead of the euro area.

She, however, said that with advanced economies generally expected to recover faster, progress made towards convergence over the last decade was at risk of reversing.

“Over 50 percent of emerging markets and developing economies that were converging towards advanced economies per capita income over the last decade are expected to diverge over the 2020 to 2022 period.

“The faster recoveries in advanced economies are partly due to their more expansive policy support and quicker access to vaccines relative to many developing countries.

Gopinath also said that policies to strengthen the recovery and make it inclusive, resilient and green should be adopted.

According to her, the international community must act swiftly to ensure rapid and broad global access to vaccinations and therapeutics, to correct the deep inequity in access that currently exists.

This, she said, would require ramping up production and bolstering funding for the COVAX facility and for the logistics of vaccine delivery to poorer nations.

She also said that targeted economic lifelines to households and firms should be maintained where the virus is surging to help maintain livelihoods and prevent bankruptcies of otherwise viable firms, enabling a faster rebound once constraints are lifted.

The economist added that financial stability should be ensured in these highly uncertain times.

“Monetary policy should remain accommodative to support the recovery where inflation is not at risk, with close attention paid to containing the risks that will likely emerge from historically low-interest rates.

“Lastly, the international community needs to do more to help poorer nations combat the crisis and not fall severely behind in attaining their sustainable development goals.

“The sharp easing of monetary policy by major central banks improved financing conditions for many in the developing world.”

She, however, said that there were others, more severely constrained, that would require further international support in the form of grants, concessional loans, and debt relief and in some cases outright debt restructuring under the new Common Framework agreed by the G-20