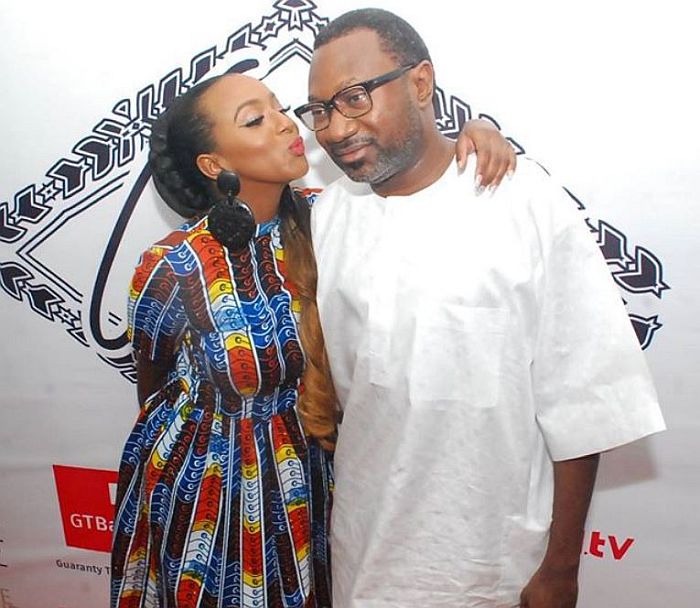 Cuppy revealed on her Twitter page that her dad is a fatherly figure many will sacrifice anything to have.

The singer also disclosed that she considers herself honoured to have a father as hardworking as the business mogul.

In a series of tweets posted on her account, Cuppy admitted that most of the privileges she enjoys over the years were as a result of her father’s blood, sweat, and tears.

Taking to the micro-blogging platform, she tweeted,

“I don’t talk about this much, but mornings like this; waking up at our penthouse in Monaco, my heart is filled with so much GRATITUDE. I am honoured and blessed to have a father as hardworking as mine…

Despite building my own “Cuppy” empire, the TRUTH is that many of the privileges I enjoy are purely due to
@realFemiOtedola’s blood, sweat, and tears over the years…

My only prayer is to one day be able to give my own children at least half the love and generosity I’ve received. Folded hands #FamilyFirst”. 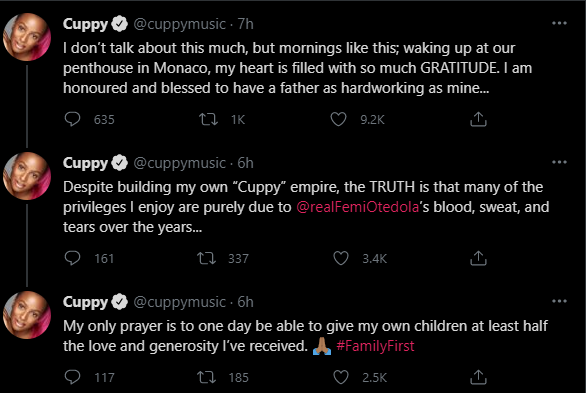