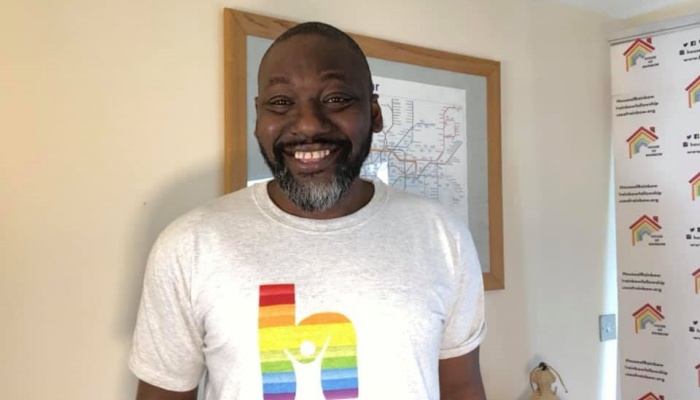 A Nigerian pastor has shocked family members and friends after he took to his social media space to confess that he’s gay and living well.

The clergyman identified as Jide Rebirth Macaulay took to Facebook to make the confession. He also revealed that he’s HIV positive.

Jide who is a Nigerian and also an openly-gay reverend based in the United Kingdom recently shared his sexuality and health status.

“It’s LGBT HISTORY Month and my home is having a rainbow makeover.
Being a lesbian is not a crime.Born gay is a gift. Bisexuals are beautiful. Transgender are fantabulous.

We are made perfect by God. And it’s is God’s will that we are part of the world’s diverse human race. LGBT history helps us learn about those who are queer and have survived and achieved beyond the hatred and discrimination. We exist in all families, cultures and works of life. We are tomorrow’s history. Be who God has made you to be.” 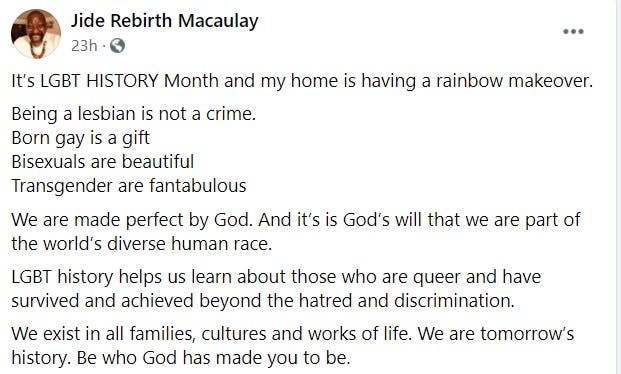