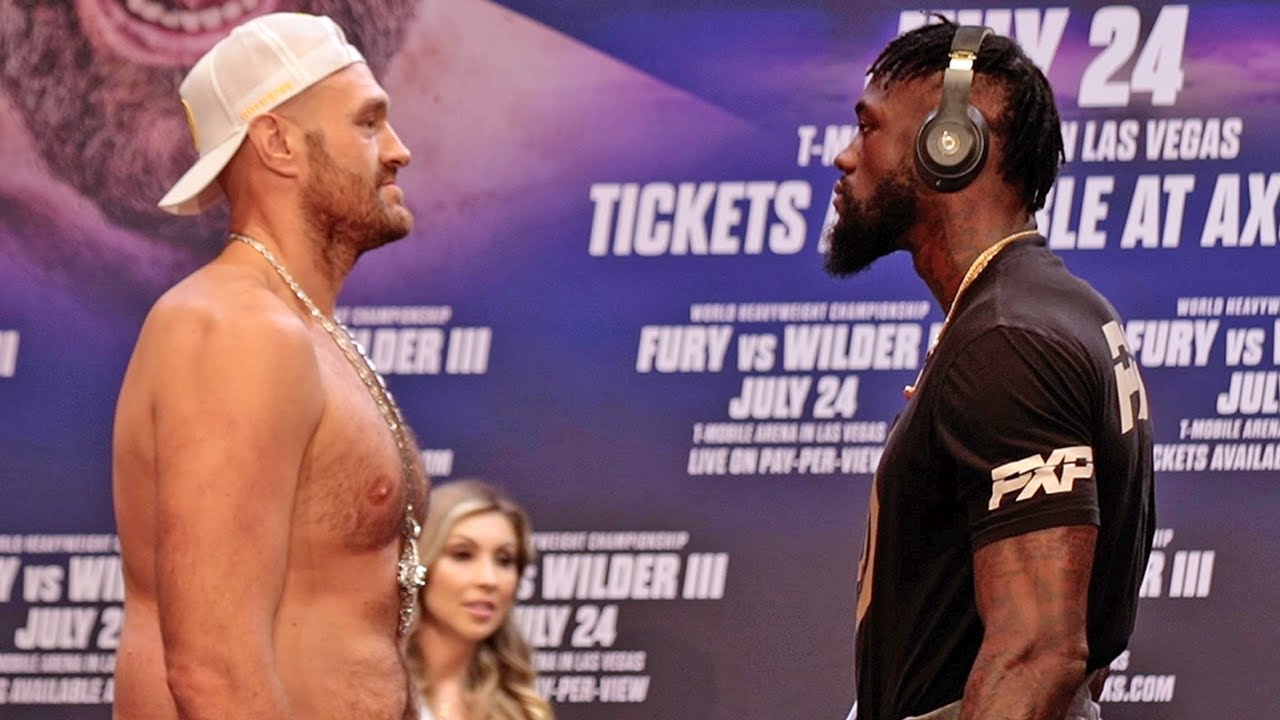 Two-time world heavyweight champion, Tyson Fury, has again threatened to deal ruthlessly with his opponent, Deontay Wilder, after a six-minute-long intense face-off ahead of their third fight next month.

Described as one of the most bizarre sports moment of the day, TMZ reports that both the Gypsy King and the Bronze Bomber gave a scary stare at each other, barely any words exchanged, after a crazy press conference in Los Angeles ahead of their July 24 bout.

Both boxing superstars refused to look away from each other even when event organizers tried to get them to turn towards the camera, suggesting calm before the expected storm in July.

However, speaking shortly after the insane face-off, Fury told the US publication that his opponent was nervous during the intense encounter.

“Good faceoff and I felt like he was nervous and intense. He needed rescuing and he did get rescued. His coach coming in pulled him away just at the right time.”

Recall that after Fury-Wilder One ended in a split draw, the Gypsy King ran riot in the second fight, defeating Wilder by 7th round TKO in February 2020.

The British heavyweight however left a word of advice for the Bronze Bomber just in case he was watching.

He said, “Train hard, Deontay, ’cause I’m gonna beat you down like I did last time!”