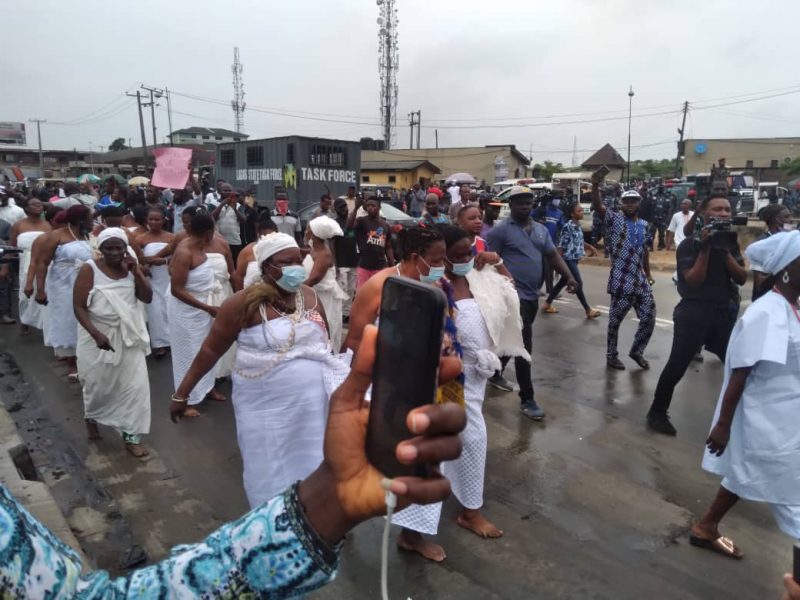 The Umbrella body of Yoruba Self-Determination Groups, Ilana Omo Oodua (IOO), says that it is engaging senior lawyers to ensure Chief Sunday Adeyemo, aka Sunday Igboho’s aides arrested during the raid by the Department of State Services on his home, are released.

Igboho, who is a promoter of the Yoruba Nation, has gone underground following the invasion on Thursday, during which the secret police said it killed two persons and arrested 13 others.

Speaking with The PUNCH on Sunday, the Communication Secretary of the Ilana Omo Oodua, Mr Maxwell Adeleye, said the group which is being led by a renowned historian, Prof Banji Akintoye, would not abandon Igboho and others.

The group’s spokesman also said the group would make sure that those arrested during the Yoruba Nation rally held in Lagos on Saturday were released.

He said Igboho’s aides did not commit any crime just like the protesters also did not violate any law by their actions.

“Igboho is a law-abiding person and he has not violated any law. None of his family members was attacked by herdsmen but his love for his people made him rise up to speak for Yoruba people who are being oppressed in their land. He never killed anyone, but he is being hunted while known criminals are being pampered.

“Igboho has debunked the claims of the DSS. He said the weapons displayed by the DSS did not belong to him. He said two guns were taken away from his house and the two guns belong to the police orderlies of his guests. He said other things were not from his house.

“Ilana Omo Oodua is with Igboho and we are going to stand by him. Those arrested at his house will be released very soon. We are working on that. After all, they did not find them with guns or anything incriminating. Their only offence is that they were at Igboho’s house and I don’t know when that became an offence.

“What is the off made of Lady K, she is a blogger who was reporting the action live. She lives in Igboho house and I don’t know if that is a crime.”

“Nigerian government will be surprised by the number of senior Yoruba lawyers that will represent them. We won’t tell you their names and their number now because we won’t discuss all our strategies publicly.”

Eight facts about US Independence Day