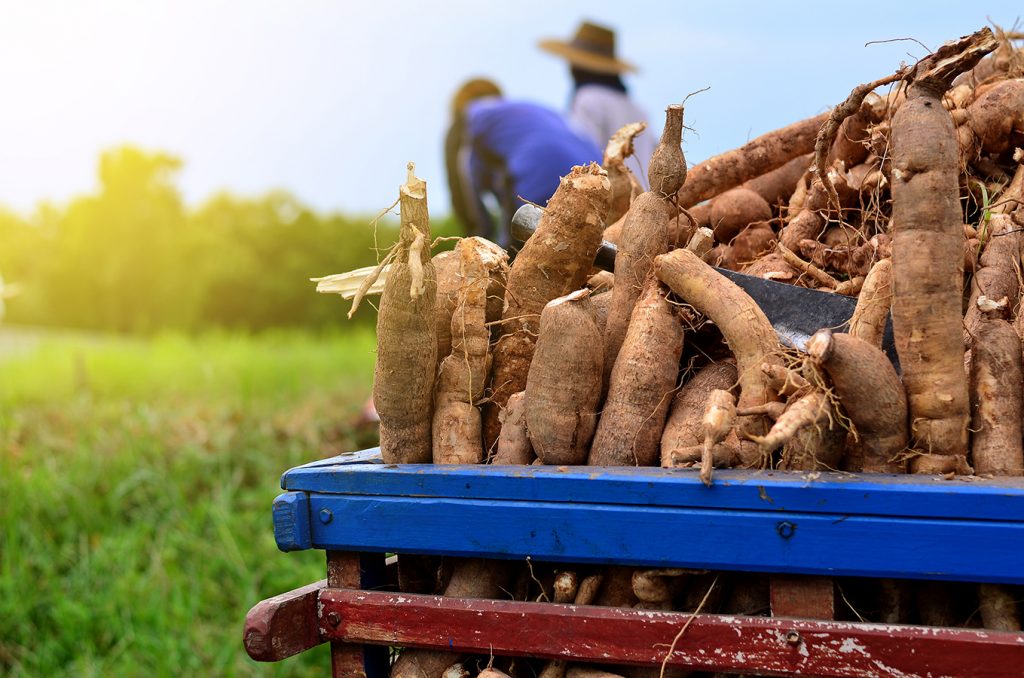 The International Institute of Tropical Agriculture (IITA) in collaboration SANO Foods Limited, on Monday began a public-private sector initiative to promote the cultivation of improved cassava varieties in Nigeria.

It was gathered that the partnership under the Building an Economically Sustainable, Integrated Cassava Seed System, Phase 2 (BASICS-II) began with a joint public exhibition of fortified foods and cassava varietal display in IITA, Ibadan.

IITA Deputy Director-General (Partnerships for Delivery), Dr. Kenton Dashiell, stated that the partnership was to promote consumption of locally produced products in Nigeria.

He said part of the deal was to create awareness on the newly released cassava varieties as a means of bridging the current cassava productivity gap on the continent.

He added that it was also to draw consumers’ attention to the availability of locally made and nutritious foods designed to tackle malnutrition.

Dashiell said breeders were making great progress in the development of crop varieties but needed inputs of other stakeholders like the government and processors, who would add value to the research products.

According to him, the final development needed partnerships and collaborations with the private sector to add value to these crops.

“I believe that is what SANO is doing and I’m sure we’ll get to learn more from them,” he said.

Dixon stressed that private sector- led cassava development in Nigeria is essential for the transformational change of cassava in the country.

“Together we will create an economically sustainable cassava value chain where every actor will have a space and benefit from cassava.

“We will raise awareness and trigger the adoption of these varieties by farmers,” he said.

He harped on the need to harness the potentials of cassava as a poverty fighter to create jobs, fight food insecurity and boost the nation’s economy.

In his remarks, the Acting General Manager of Sano Foods, Mr Solomon Ojeleye, pointed out that SANO’s vision was to provide foods that are healthy and rich in vitamins.

He identified Turmeric garri (cassava flakes) and OSFP garri, as two products the company developed through research to add nutritional value to cassava.

“We have over 39 products in the market and all of them are organic because we put the health of our consumers first.

“We use puree, flour and roots of yellow cassava, Orange Fleshed Sweet Potato, yellow maize and other crops for the production of several confectioneries which includes varieties of bread, cookies, cakes, and baby food,” he said.

She said they also have excellent garri and fufu qualities and superb dry matter content, properties that are important to food processors, flour mills, and industries.

Related Topics:IITAPartnersSANO Foods
Up Next