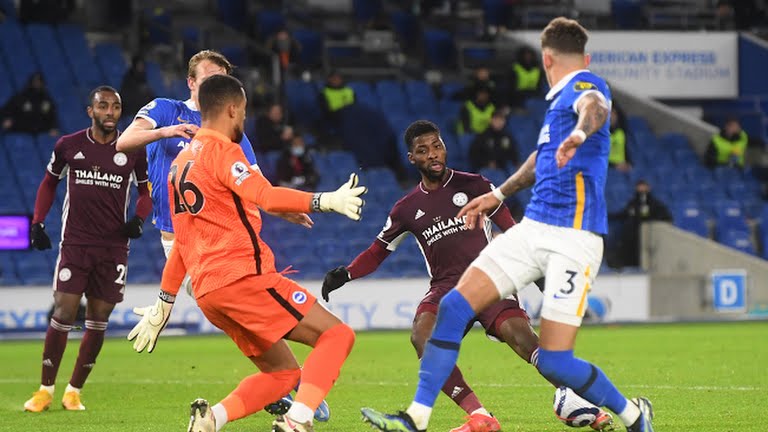 Super Eagles striker, Kelechi Iheanacho led Leicester to a 2-1 comeback win against Brighton as the Foxes go second on the Premier League log.

Leicester bounced back from the Europa League elimination and a 3-1 home defeat to Mikel Arteta’s Arsenal in their last outing to go two points above Manchester United.

Brighton took the lead through former Liverpool man, Adam Lallana, just ten minutes into the game and failed to bury the game by squandered clear-cut chances.

They would later rue their missed chances when Iheanacho pulled one back for the visitors in the 62nd minute with a composed finish from a Youri Tielemans’s no-look pass.

With three minutes to go, Brighton fell behind to a second goal from another African, Ghana’s Daniel Amartey, to seal the win for Brendan Rodgers’s men.

Iheanacho’s goal is his second league goal of the season and his seventh in all competition for the Foxes.