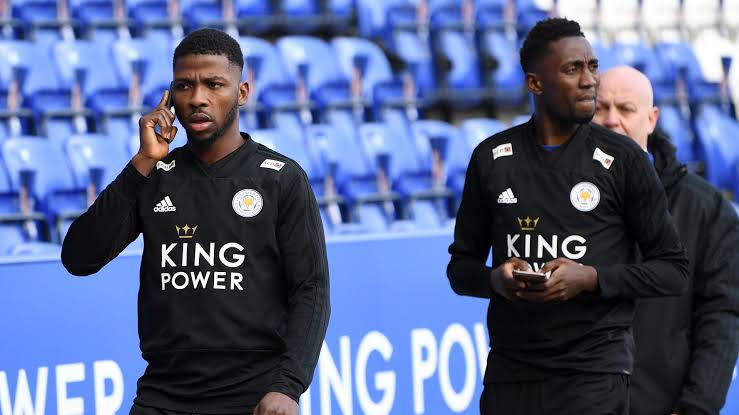 The PUNCH reports that a total of eight Nigerian players will file out for three clubs, Everton, Leicester City and Watford in the 2021/22  campaign.

The latest financial value of the players was posted on respected independent football statistics website transfermarkt.com.

Some of the players, who arrived at their EPL clubs at a higher value, have seen their stock slide, while others have seen their value increase due to consistent improvement in their play.

Kelechi Iheanacho and Wilfred Ndidi are with FA Cup champions Leicester City, while Alex Iwobi will file out in the colours of Everton.

The player has proven to be one of the finest defensive midfielders in Europe and has helped the Foxes qualify for European championships since joining the club.

The Nigerian, who was instrumental in Leicester City’s FA Cup win last season, has seen his value rise from €17m in 2017 to €60m in 2021, according to transfermarkt.

IHEANACHO joined Leicester City on a five-year contract on August 3, 2017, for £25m (N140,749,300) after being deemed surplus to requirements at Manchester City despite his impressive performance in the previous two seasons at the English giants.

Iheanacho’s fee is the second-highest amongst Nigerian players currently plying their trade in the EPL.

Despite his impressive performance in the second half of the 2020/21 season after tough spells at the club, his value has dropped to €20.00m.

EVERTON winger, Alex Iwobi, currently commands the highest transfer fee by a Nigerian player in England, following his move to Everton from Arsenal in the summer of 2019 for £35m (N197,049,020).

The then 23-year-old signed a five-year deal at Goodison Park after a deal was agreed between the clubs on Deadline Day, with Everton paying £28m upfront, plus up to £7m in additional fees.

Iwobi is currently valued at €22m by transfermarket.

NEW boy Emmanuel Dennis will be hoping to begin his EPL campaign on the high when the season kicks off next month.

The forward will be playing with a lot of familiar faces at Watford which he joined for €4m.

However, he is currently valued at €5m according to transfermarkt. Dennis joined the EPL newcomers on a five-year deal.

DEFENDER William Troost-Ekong joined Watford from Serie A side Udinese for €3.2m in the summer of 2020 and has established himself as one of the team’s standout stars.

The Nigerian centre-back helped the Hornets stage an immediate return to English football topflight after just one year in the lower rung.

His performance has seen his stock rise to €4m. His job this season will be to help the Hornets keep their Premier League status.

ISAAC Success completed a £12.5m move to Watford from Granada in 2016. He was rewarded with a five-year contract extension in 2018 after impressing for the club.

But the forward has had to deal with long-term injuries since joining the Hornets plus a lifestyle outside of football that has cast him in the limelight for the wrong reasons.

THE former Nigeria U-20 forward joined Watford in 2019 as a free agent after being released by Manchester City. The Nigerian is currently valued at €700,000 by transfermarkt statistics.

ON loan to Watford for the 2021/22 league season, Oghenekaro Etebo brings a huge wealth of experience to the Hornets’ midfield.

The combative midfielder had a successful loan spell with Turkish giants Galatasaray last season and will be hoping to replicate the form in the English topflight.

Etebo, who is on loan at the club is valued at €4m, according to transfermarkt.