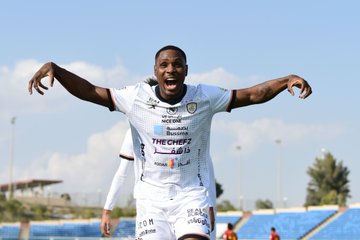 Former Super Eagles striker, Odion Ighalo scored a brace on Monday as Al-Shabab secured a 2-0 away victory against Damac.

The Nigerian international’s goals kept Al-Shabab on top of the Saudi Pro League table with five points ahead of second-placed Al-Hilal after twenty-one matches.

Ighalo’s gave Al-Shabab the lead after 12 minutes in the first half, thanks to an assist from A. Al-Zori before the home side pegged one back when A. Al Haydar assisted Emilio Zelaya for the 20th-minute equaliser.

The former Manchester United star got the winner in the 39th minute with an assist from F.Martins as the visitors claimed all three points.