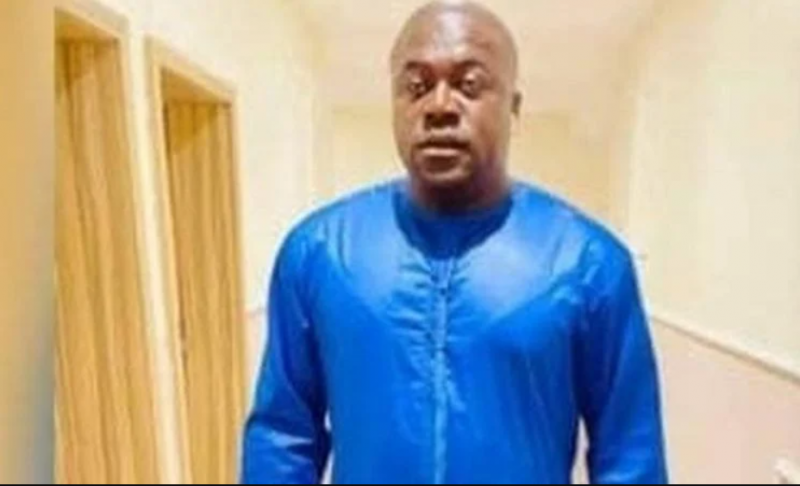 The umbrella body of Yoruba Self-Determination Groups, Ilana Omo Oodua (IOO), has alleged that operatives of the Department of State Services shot and butchered an associate of the embattled Yoruba Nation activist Sunday Adeyemo aka Sunday Igboho when they raided the activist’s Ibadan home on Thursday.

IOO, led by ex-Senator Banji Akintoye, said that the DSS shot Saheed Adisa, also known as Adogan, 48 times before they butchered him to death.

“This is the face of a true warrior. His name is Adogan. He took 48 bullets to his body and was still standing like a fearless Ikoyi Eso. When bullets failed the DSS, they had to slam a mortal on his head, butchering him to death.

“While DSS operatives were butchering Adogan, Majasola Igboho Oosa (May peace and blessings of Eedua always be with him) had made his exit to fight another day.

“It was said that Adogan’s body was so brutally decapitated by the DSS that they were ashamed to leave his body behind. They whisked his body away, but his blood literally trailed them from Chief Igboho’s living room to the DSS headquarters in Abuja, the group posted on social media.

WuzupNigeria reported that the DSS had on Thursday evening paraded 13 of Igboho’s guards and close associates in Abuja. The DSS also said it killed two of his associates in a gun duel with the secret police. The two men were later identified as Adogan and Alfa, Igboho’s maternal uncle.

Though Igboho had escaped the raid, his house and cars were riddled with bullets, leaving a trail of bloodstains within and around the house.

The DSS has since declared Igboho wanted after accusing him of stockpiling weapons to destabilise the country under the guise of agitation for the Yoruba nation.

Prince Adesegun nominated as next Oba Akirun of Ikirun land