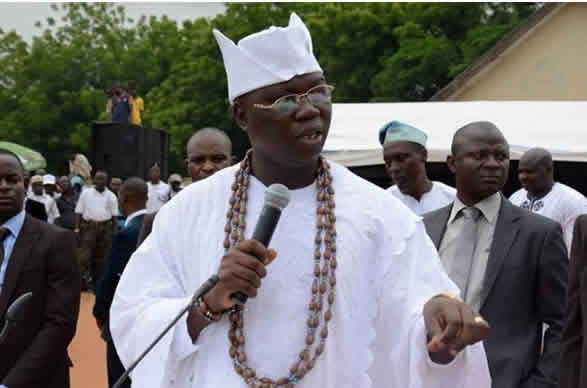 The Aare Ona Kakanfo of Yorubaland, Gani Adams, has opined that the attack on the residence of Yoruba rights activist, Sunday Adeyemo, better known as Sunday Igboho, proves that the government has no value for the lives of Nigerians.

WuzupNigeria reported that at least two people were killed, and several others, including his wife, were abducted during the attack that took place in the activist’s residence at the Soka area of Ibadan, Oyo State, early Thursday.

Reacting to the attack in a statement by his Special Assistant on Media, Kehinde Aderemi, Adams strongly condemned the attack which he described as a ploy to silence Igboho from expressing his views on the state of the nation.

Earlier, the leader of the umbrella body of Yoruba self-determination groups, Ilana Omo Oodua, Emeritus Professor Banji Akintoye, said seven persons were killed in the attack, but according to Adams, eight persons were killed, adding that the house and cars were riddled with bullets.

According to The PUNCH, Adam noted that Igboho is being hunted because of his beliefs in the struggle for the liberation of Yoruba race and killing him during the attack could lead to war.

Speaking further, Adams urged the government led by the President, Major General MNuhammadu Buhari (retd) to probe the attack on Igboho’s house and at the same time apprehend the assailants.

The statement quoted Adams as saying, “The attack on Sunday Igboho’s house is most unfortunate. It is a reflection of the fact that our lives as Nigerians are of no value to the government. And the truth is that nobody is safe in this country.

“The recent attack was the second in six months. The first was in January when his Soka resident was razed by unknown arsonists. And up till date, nobody had been apprehended in respect of the ugly incident.

“Those agitating for Yoruba nation have been the targets of this administration and the two attempts at Igboho’s houses within six months cannot be said to be ordinary. They were ploys to cow him and frustrate him.