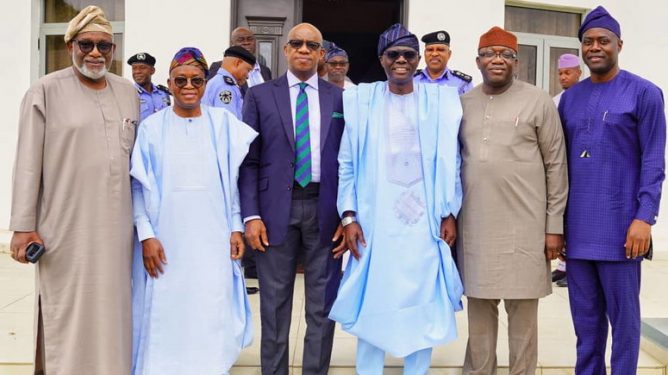 The South-West Governors’ Forum chairman, Rotimi Akeredolu of Ondo State has led his counterparts in an emergency meeting after the Ibadan residence of Yoruba Nation agitator, Sunday Adeyemo, aka Sunday Igboho, was raided by operatives of the Department of State Services.

The meeting which held virtually on Friday evening had all the six governors in the South-West geopolitical zone in attendance, including Oyo State Governor, Seyi Makinde, and Babajide Sanwo-Olu of Lagos State.

A top source who preferred anonymity because he was not authorised to speak on the matter told The PUNCH that the governors which included Kayode Fayemi (Ekiti), Dapo Abiodun (Ogun), Gboyega Oyetola (Osun) discussed sundry issues, as well as the ongoing national issues.

“They are meeting but no one is sure if it is because of Igboho. There are several reasons governors can meet (on) especially in the face of the precarious situation ( in the country),” the source said.

Although it is unknown whether the governors discussed the attack on Igboho’s Ibadan residence, WuzupNigeria reported that at least two people were killed during the raid which the DSS described as a gun battle.

Guards and close associates of the Yoruba activist, numbering 13 were arrested and paraded by the DSS without Igboho who made an escape during the raid.

WuzupNigeria also reported that the residence, including cars and other equipment, were ripped apart and shattered with bullets, just as bloodstains could be seen on the floor of the house.

Meanwhile, Igboho has since been declared wanted by the DSS and is being accused of stockpiling weapons to destabilise the country under the guise of agitation for the Yoruba nation.

Igboho has since denied the allegation and claimed that the ammunitions were planted by the state secret police.