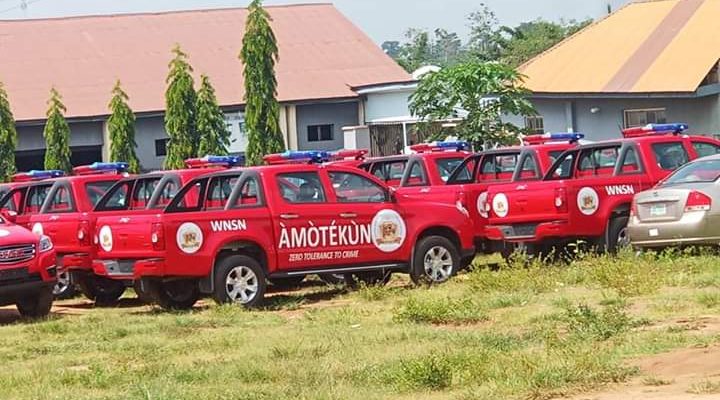 The Presidency says the Western Nigerian Security Network codenamed ‘Operation Amotekun’, will now be run in accordance with the structure defined by the Inspector-General of Police.

The Senior Special Assistant to the President on Media and Publicity, Garba Shehu, said this on Channels Television’s Sunrise Daily programme on Tuesday.

Shehu was speaking on the approval of N13bn by the Federal Government for community policing across the 36 states of the federation.

“Whatever name they go by, Amotekun or whatever, will be streamlined and they will be run in accordance with the structure as defined by the Inspector-General of Police. They will be localised, they will be owned by local communities, they will be managed by them.”

The President’s spokesman further stated that the community policing structure would be the same across the 36 states and whatever does not conform with the national structure would not be “in the scheme of things”.

“You know the constitution of the committees will be defined as including council chairmen, traditional rulers, religious leaders, civil society groups and all of that. So, you are going to have a single type structure of community policing permitted all across the country and whatever is not in line with this does not have a place in the scheme of things. That is my understanding.”

When asked whether the new community policing being introduced by the Federal Government would not be in conflict with Amotekun which was created by Houses of Assembly in the six South-West states, the President’s spokesman said the conflict would only be due to perception.

“They can choose their nomenclature, it doesn’t make a difference. Structurally, there is a governance structure for all state and local council policing mechanisms and this should abide in all of the states.

“Mind you, even in the case of Amotekun, there is no law that is regionally binding on the mechanism put in place. Each state parliament put together their own legislation, yes there are similarities in so many ways but it doesn’t take away the fact that each state Amotekun is an initiative of a given state in the South-West.”

Shehu said governors were carried along in the process through the National Economic Council which comprises the 36 governors and is headed by the Vice-President.

He said the N13bn approved by the Federal Government would be used for training, enlightenment, and purchase of equipment.

“Ownership is meant to be by communities, by local councils, by the states. Yes, it is in response to agitations for state police but then it is the answer we now have given all the experiences we have in the country. The money will be used for training, public enlightenment, and equipment.”

Shawulu said there is a need for the IG to bring his community police initiative to the National Assembly for approval.

He further stated that the N13bn was too little as it would amount to roughly N300m per state.

One million TB patients may die from COVID-19 impact