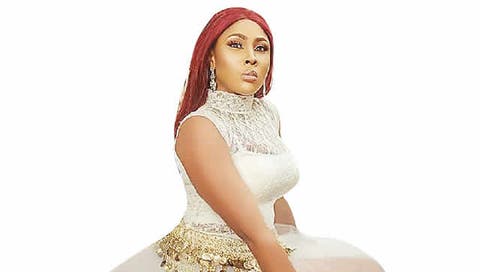 Nollywood actress, Charity Nnaji has said that the love a lady has for a poor man will later fade in the course of their marriage.

The actress said this while giving reasons why she can get married to a man because of money.

Speaking to Sunday Scoop, she said,

“I can marry because of money. If one doesn’t love a man but marries him because of his money, one would later fall in love with him. But when one loves a man who does not have money, the love would later fade. I don’t care how strong the bond is, once the woman is the one footing the bills, she may start getting angry. Money is like a solid foundation that holds marriage. An average Nigerian woman who is married to a jobless man would most likely cheat. Love is not enough as far as marriage is concerned. A young woman would only marry an old man if money is involved. If one marries a rich man, one would love him naturally without stress. I have seen a very lovely relationship that crashed because of lack of money. Money is like a spice that garnishes relationships.

“With my past experience in marriage, anyone I would consider would have to be rich. I don’t plan to burden him with my children’s responsibilities but I cannot marry a man that I earn more than because he would feel threatened. I am not ready to settle for less. If one is married to a rich man, wisdom demands that one should save for the rainy days. If a rich man later goes broke, the survival of the marriage would depend on how the man treated the woman when he had money. If he treated one well, then one could endure with him. But, if he treated one unfairly, one would leave him even before the money (totally) vanishes.”

Nnaji, however noted that she would not want to marry an ‘old’ man.

“I don’t fantasise about old men. I see them as people that had enjoyed themselves in the past and only want to take advantage of me. Life is too short to stay in a frustrating marriage. What is the point of having money in marriage when I am not satisfied sexually? It would eventually lead to cheating, which is not good for a married woman,” she said.

The mother of three also recounted how she was abused by the father of her three children. She added,

“I was a victim of domestic violence. Marriage is for the living. I can endure anything but not domestic violence. The more I prayed, the worse he got. I love my kids so much and I did not want them to grow in such circumstances.  The last incident was terrible and after the fight, I decided it was over after 13 years of marriage. My mum tried to give me reasons to endure my marriage but I just could not stay any longer.”

EndSARS: My life has been threatened by Enugu State Government – Phyno

Why I don’t get upset – Don Jazzy