If you have children for my husband, come for DNA test- Lizzy Anjorin says - WuzupNigeria 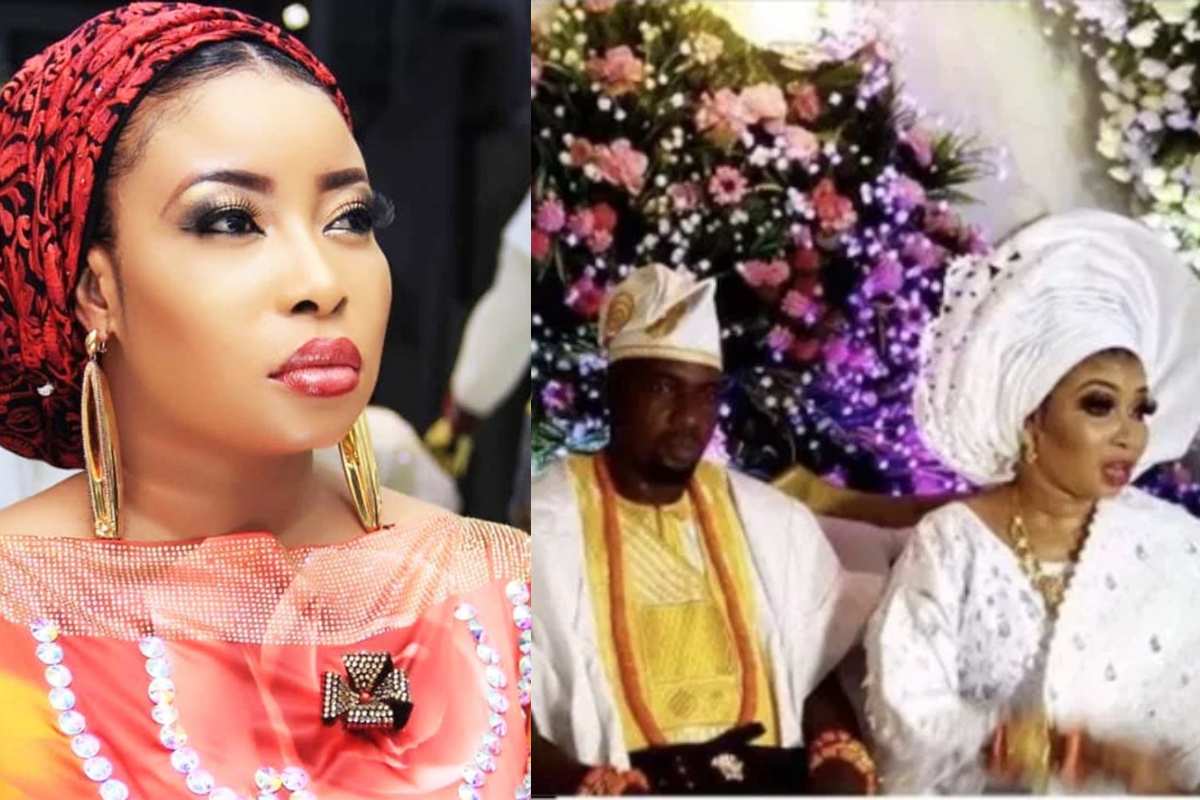 Newlywed Nollywood actress, Lizzy Anjorin has dared women who claimed to have kids for her husband to bring them forward for a DNA test to ensure that he truly fathered them.

While speaking to Saturday Beats, Anjorin opened up about her past and marriage.

In the interview Anjorin said,

“I have never wished for a quiet life, I love my life because my eventful life is making money for me. As active as I am, I’ll call you up when we are at loggerheads and also render help if the need arises.

This has been one of my success secrets because I have a good heart. I don’t even mind been criticised online sometimes. You see, when you go to a market, there is a lot of noise but it won’t stop or affect buyers. Instead, noise brings attention and brings more sales.’’

“To be sincere with you, my upbringing made me tough. I realise that if you are doing well in society you cannot be friends with people who are not doing well. Except a few that believe in God and also believe in themselves. I’m the wrong person to mess with and if you don’t disturb me I won’t bother you. I have never forgotten my roots.

Speaking on some of the claims that had made the rounds about her new marriage, Anjorin explained that the pressure was not affecting her husband, Lawal. She said,

“There is no pressure on my husband. Truthfully, the worst thing that anyone can do to a person has been done to me. Some people can’t survive what I have gone through. If my husband was a new person to me, there is a high tendency that he would have been tired.

Thank God I married my best friend. Those ladies that have claimed that my husband is theirs have not reached out to us and none of them has brought the children to us. I have challenged them openly as well. All these people saying these things are only taking advantage of my husband because he is a nice man.

Everyone should bring their child forward for a DNA test. We both had children before we got married but he was never married to anyone. My husband is not a small boy, moreover, my first daughter is older than his.

“In the past, some people have said my mouth is too sharp, but shame on them. I’m a very playful person and a woman that every man would want to have. I’m very open with my husband and I love people. People judge from afar but at times, it is good to get close to people before you do that. Some ‘quiet ladies’ have dealt with their husband mercilessly but people like us can’t hurt anyone.”

I don’t want a babymama, I’m focusing more on my music- Harrysong reveals