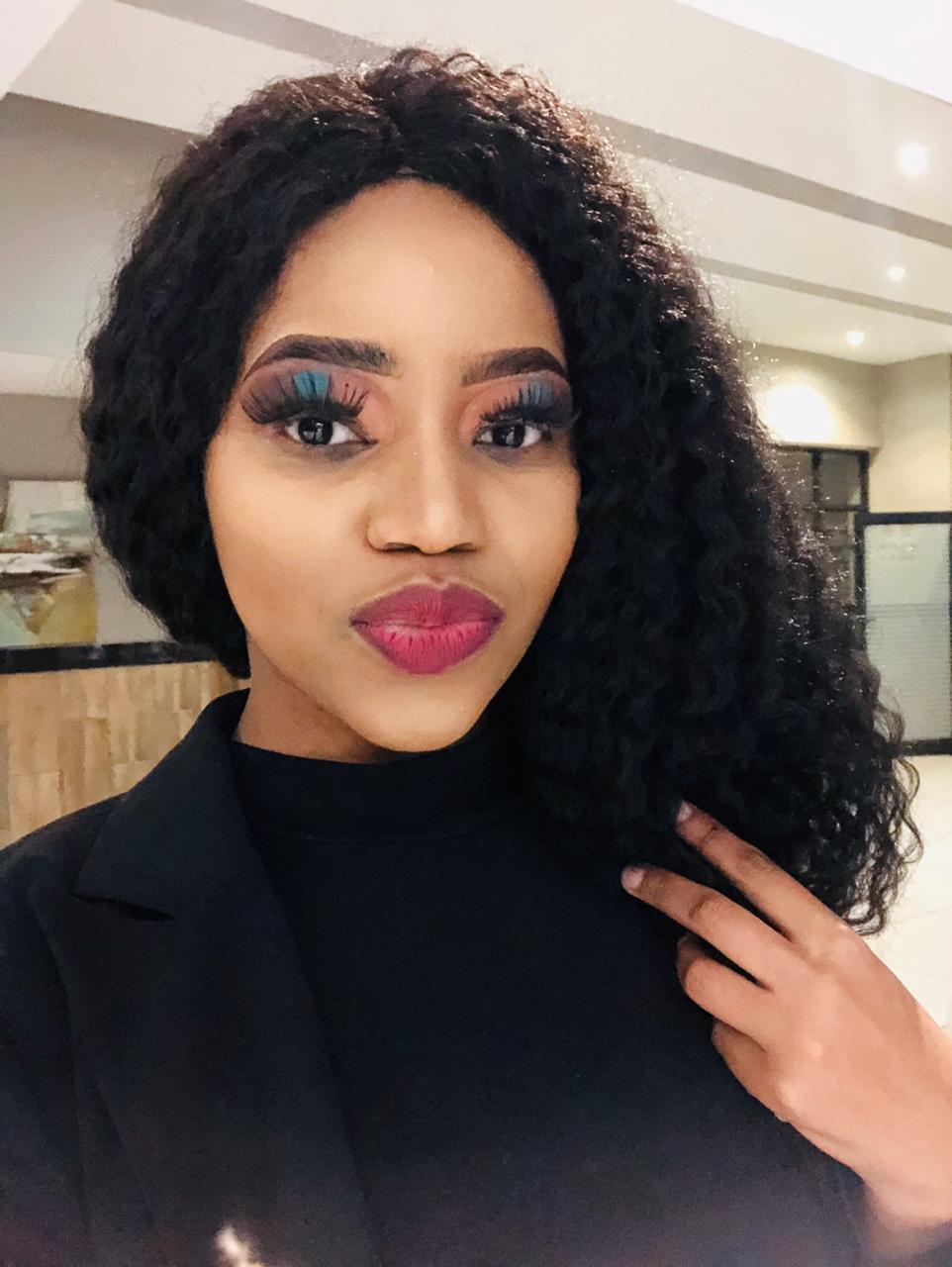 A South African lady took to her Twitter page to give the steps she would adopt in a bid to salvage the situation if her partner cheats on her.

According to the lady, identified as Mothowa Modimo, if her man cheats on her, then it means that she did something to make him have an affair — she then says rather than leave cheating partner, she would find the error in herself and apologize.

Mothowa added that the final step would be for her to be a better woman.

”If my boyfriend cheats on me, i need to understand that i lacked something that made him cheat, so instead of leaving him for another guy, ama find out the error in myself, apologise to him and be a Better Woman Trophy 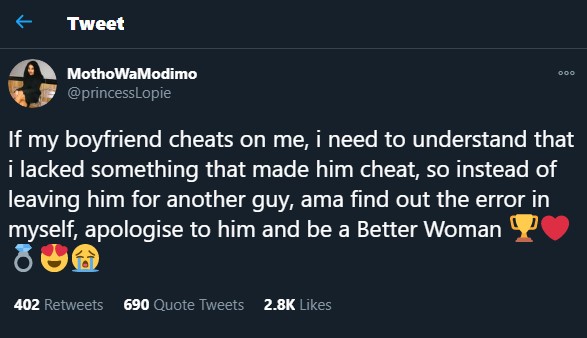 I’ve decided to take such tweets as jokes to protect my mental health and peace. Y’all wanna make us talk too much and hate men for things that you do/say. Qhubeka and do you boo!!!

I remember reading this other tweet and it went like…”I kept on forgiving him and today I tested positive”. Hope you don’t become the stats. Know your self worth and don’t compromise with your health and your psychological wellbeing

You are a good girl. Do not listen to those who advise you to leave your man. They have no knowledge what brought you together and how powerful it is whenever you touch each other. They also think there is someone out there who doesn’t cheat, waiting for you.

I don’t think you will ever, ever , ever be invited at the women’s conference.

That’s the only way it makes sense. Otherwise – get counselling girl.

There’s a level of cheating whereby you are made to be a fool. You are the only one who tries to make the relationship to work. I don’t cheat and I believe there are many like me out there so immediately you make me a fool, I’m gone. It doesn’t matter how we make each other feel

I choose to read this as sarcasm

May we never see a year like 2020 again – Pastor Adeboye