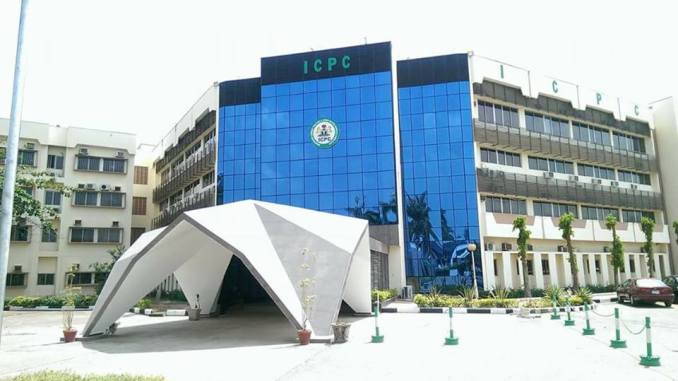 The Independent Corrupt Practices and Other Related Offences Commission (ICPC) says it has intensified anti-corruption awareness campaigns in schools and other institutions across Sokoto, Kebbi, and Zamfara states.

Mr. Ibrahim Alkali, the ICPC Commissioner in charge of the three states, disclosed this when the Correspondents Chapel of the Nigeria Union of Journalists (NUJ) visited the commission on Friday in Sokoto.

Alkali said that the commission worked with established anti-corruption committees in institutions, anti-corruption groups in schools, and with the National Youth Service Corps (NYSC) community development groups on its campaigns.

He said the commission’s officials ensured periodic awareness meetings with groups, aimed at changing people’s mindset by inculcating moral discipline among students and educating people on rudiments and dangers of corruption.

According to him, such exercises are continuing in other institutions across the three states.

The ICPC boss said that much had been achieved by the commission in line with its mandate on sensitizing, investigating, and prosecuting offenders to curb corruption in all ramifications.

He said that media practitioners were the best tools in the fight against corruption, and urged the Correspondents Chapel to cooperate with the commission on its struggle.

“ICPC secured many convictions and numerous cases are at investigation stages across the three states.

“We welcome petitions; including anomalous petitioners when facts are adequately presented so that officials can takeover and verify according to lawful provisions.

“I encourage journalists to work toward publicising any anomaly suspected in terms of financial fraud, flouting procurement regulations, and other criminalities,’’ Alkali said.

He urged journalists and the general public to make judicious use of the Freedom of Information (FOI) Act in the struggle against corruption and other societal ills, which were affecting the nation’s progress.

Responding, the Chairman, Sokoto State Correspondents Chapel, Malam Habibu Harisu, said the visit was to familiarise with the commission’s activities in Sokoto State.

Harisu said the fight against corruption should be the collective responsibility of all Nigerians and assured journalists of support in all strata across the state.

He assured the commission that the chapel would use journalistic opportunities on investigative journalism to assist its different activities.

TikTok, WeChat will be barred from US starting Sunday