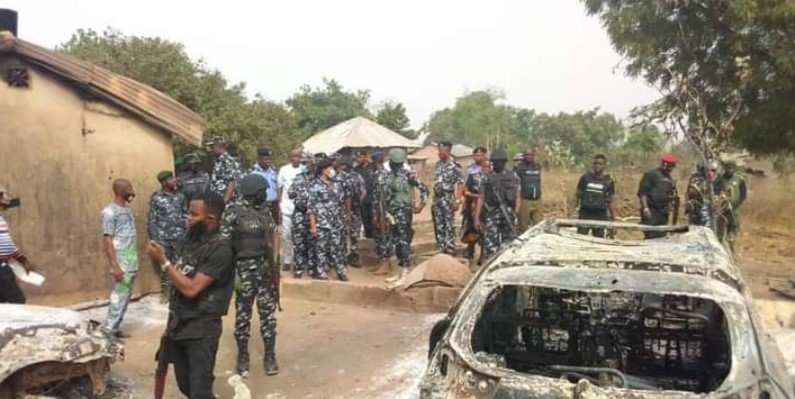 The Igangan Development Advocates group has said the Oyo State government refused to act despite advanced knowledge that Ibarapa was going to be attacked either on or before Eid el Kabir by suspected herdsmen.

The group said it received an intelligence report that armed bandits were planning to attack Igangan town and the same was duly transmitted to the government.

The President of the group, Wale Oladokun, who said this in a statement on Saturday said it alerted state offices in charge of security but nothing was done to prevent the attack.

Oladokun spoke shortly after the coordinator of the Oodua People’s Congress in the state, Rotimi Olumo, told our correspondent that he also issued a statement on the attacked and advised the government to beef up security in Ibarapaland.

The IDA said suspected Fulani gunmen dressed in Customs uniform invaded Igangan, Ayete and Igboora again on Friday night and killed some persons including an officer of Amotekun, The PUNCH reports.

He, however, stated that there were plans already to twist what happened and blame residents of Ibarapa for attacking Customs officers.

The statement reads in part, ” The IDA had earlier warned the relevant offices of the state government in charge of the security of the state of the impending attack when it categorically submitted that a reliable “intel” was received that there was going to be an attack on Igangan before the Ileya Festival ( Eid el Kabir).

“It is now very obvious by the singular action of these armed bandits whom have unchecked access to government apparatuses such as Customs’ uniforms and sophisticated weapons that the people of Ibarapa have clearly become pawns in the hands of the kingly sects of the sacred cow’s extraction – the untouchable first-class citizens.”

Related Topics:IbarapaIganganSunday Igboho
Up Next

US laments first case of monkeypox ‘imported’ from Nigeria