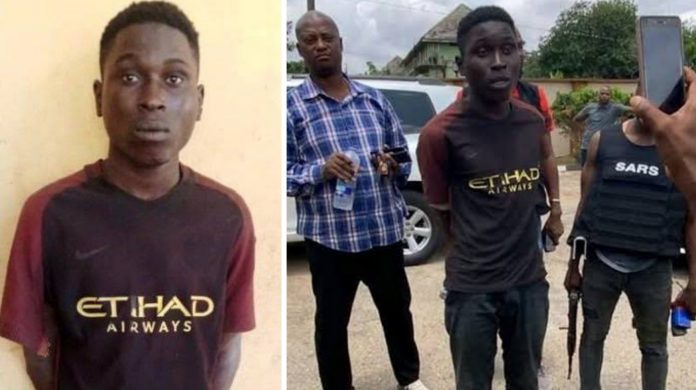 The Commissioner of Police, Mr Nwanchukwu Enwonwu, who paraded him alongside other suspects said the suspect would be handed over to the Correctional Centre.

The suspect identified as Sunday Shodipe escaped from police custody on August 11 and carried out the killing of Mrs Funmilayo Oladeji at her home two days after his escape.

When asked where he went after his escape, he said he went to Akinyele again.

Narrating how he killed the woman, Shodipe said, he used a machete to inflict injuries on her head.

” I inflicted machete cut on her head.”

The CP said the suspect was kept in police custody because the prisons pleaded to keep him due to space constraint and COVID-19.

He said the suspect escaped from the police custody on August 11 and killed another victim, Funmilayo Oladeji after that.

Also, suspects, arrested in connection with the robbery attack on the Okeho branch of First Bank were patched.

Residents who facilitated how they rented accommodation in the town before the operation and those who were caught taking cash after the robbery incident was also. paraded along with them.