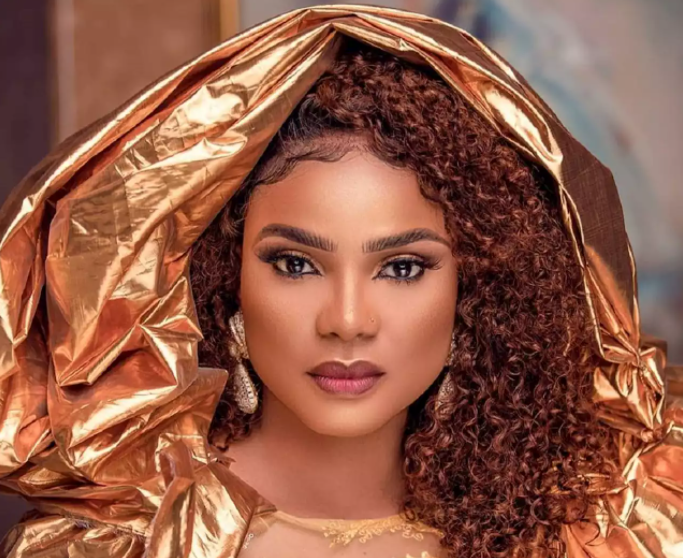 Popular Nollywood actress, Iyabo Ojo, while reacting to the news that Baba Ijesha has been granted bail, said she would not back down until justice is served.

Olanrewaju Omiyinka, popularly known as Baba Ijesha, has been in police custody for more than two weeks over an allegation of child molestation

Ojo, who has been at the frontline of the case, demanded justice for the minor, who is a foster daughter of her colleague in the entertainment industry, the comedienne, Princess.

A few days ago, the actress, accompanied by the comedienne, staged a protest at a police station after they caught wind that the alleged child molester would be released.

Reacting to the recent reports that Baba Ijesha had been granted bail, the actress noted that she is glad the matter went through the appropriate procedure.

She revealed that her agitation was bordered on the fact that she learnt the matter would have been swept under the carpet because the person involved is a celebrity.

Ojo said via a video on her verified Instagram page, “There are some people that have been asking questions. Initially, when we went to Panti to see the Police and also lend our voice, it was because they wanted to release Baba Ijesha and sweep the matter under the carpet and we asked questions; Who is giving the order? What are his bail conditions? Who is standing in for him?

“We got no reply, and when we went there, they told us that he was still there and they were not releasing him. So, we had to make sure that even if they were going to release him, they should release him properly. He needs to be accountable for what he has done to that girl. Not that they will release him and sweep the case under the carpet, then we will start looking for him and nobody will be able to vouch for him.

“Now that they have given all the conditions for his bail, it is still very understandable. The fact is that someone is standing in for him, and at the end of the day, when the court sits, the matter goes to court. The most important thing is that they are doing it the right way. Unlike before when they wanted to sweep the matter under the carpet because he is a celebrity and some people have sympathy for him. I do not believe in sentiments when it comes to children.

“I am not backing down, that matter is going to court… it is already there. Anyone coming to my page to say some things, I am not moved by it. What we wanted is what has happened. That matter must not be swept under the carpet. It is already going through the normal process. If you come to my page and say rubbish, you are talking to yourself because I will block you.”

Ojo added that she chose to clear the air for the people who were a bit confused.