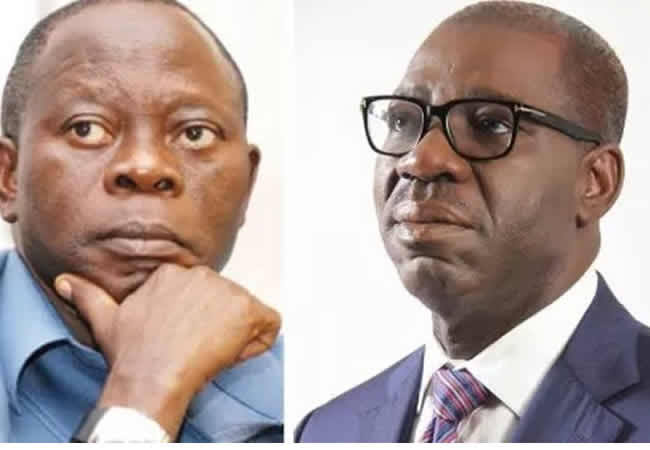 Governor Godwin Obaseki of Edo state has said that he will show no mercy to the Former national chairman of the All Progressives Congress, APC, Adams Oshiomhole if he continues to be disruptive.

Obaseki made this comment on Tuesday morning during a live interview with Arise News.

When asked about an alleged plot to chase Oshiomhole out of Edo state, Obaseki said;

The Governor emerged victorious after a keenly contested election last Saturday defeating his rival, Osagie Ize-Iyamu who had Oshiomhole’s support.

OBASEKI ON OSHIOMOLE: IF HE CONTINUES TO MISBEHAVE, WE WILL SHOW NO MERCY #LIVEonARISENews pic.twitter.com/4YImue0prl